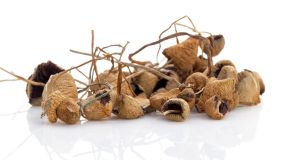 Gardaí are investigating the discovery of a magic mushrooms cultivation operation in a flat in Drimnagh. File photograph: Getty Images

Gardaí are investigating the discovery of a magic mushrooms cultivation operation in a flat in Dublin.

Nobody was in the Drimnagh flat when gardaí arrived to search it on Tuesday and the man linked to the property, a middle-aged foreign national, is seriously ill in hospital. It is unclear if his illness was in any way linked to the chemicals or the operation found in the flat at Davitt House, Galtymore Road.

Inside, officers found a large quantity of psilocybin, or magic mushrooms growing. The mushrooms are ingested and bring on an hallucinogenic-based high.

As well as the mushrooms being cultivated in an apparently organised set-up, a make-shift laboratory was also discovered in the flat.

Various chemicals and other unidentified liquids were also discovered and taken away for analysis.

Gardaí believe these were being used as part of the cultivation process and to enhance the potency of the mushrooms. The mushrooms discovered were also taken away for analysis.

The find is very unusual with a number of Garda sources saying they could not recall a similar cultivation operation ever being found in the State.

While cannabis growhouses are commonplace and have been for about a decade, cannabis is the dominant drug on the illicit Irish market. Magic mushrooms are rarely seized by gardaí and are regarded as a very niche drug.

The flat where the mushrooms were being cultivated underwent an extensive forensic examination by members of the Garda Technical Bureau wearing protective clothing.

Work to stabilise land after ‘suspected tunnelling’ behind terrace could cost €300,000 16:18
Handgun and €300,000 worth of cocaine seized by gardaí in Dublin 15:52
Limerick publicans relieved to open but on alert for Covid-19 threat 15:51
Puppy seized and rehomed while owner in psychiatric facility, court told 15:50
Dublin farmer discovers overnight rave on his land 15:36