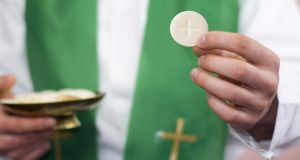 The parish office stated that the woman was dismissed accordance with parish disciplinary policy. Photograph: iStock

A parish secretary was dismissed after a row between the pensioner and her parish priest.

Ten years in the job before her dismissal in July of last year, the parish secretary sued for unfair dismissal but the Workplace Relations Commission (WRC) has found that the dismissal by the parish office was fair and the woman’s complaint not well founded.

In her findings, WRC Adjudication Officer, Rosaleen Glackin found that the Parish Office acted reasonably in all the circumstances of the case and fully complied with all procedures.

The parish secretary claimed at the WRC that she was dismissed “because of a conflict that arose between her and her employer the Parish Priest”.

No parties are named in the ruling and the woman said that every time she “raised her concerns with her employer she found herself being marginalised and isolated in the workplace”.

The woman said that she had no effective means of resolving her grievances and attempts by both her and her representatives to raise her concerns were ignored and unresolved.

The row escalated when the woman lodged a formal written complaint of bullying against her employer on May 27th, 2016.

In turn, the woman’s employer made a formal complaint against her under the Disciplinary Policy. The parish office drafted in an independent investigator and the two parties were both interviewed twice by the investigator in September and October of 2016.

The joint report by the investigator issued in April of last year and the bullying complaint by the parish secretary was not upheld while the report recommended that the disciplinary process should be invoked against her.

This followed the independent investigator upholding 11 different complaints against the parish secretary and the subsequent disciplinary process upheld 10 of the 11 separate complaints.

A disciplinary hearing was held in June 2017 where a decision was made to sack the parish secretary and she was informed by letter on July 17th last. The woman appealed the decision internally but the decision to dismiss was upheld.

The woman worked as parish secretary nine hours a week on Wednesday, Thursday and Friday mornings and was paid €150 per week.

According to the parish office, an administrator was appointed to the parish in November 2014 and he raised concerns concerning the secretary’s work performance at meetings in June and August of 2015.

The parish office states that as the secretary’s performance did not improve and following these meetings she was invited to attend a disciplinary hearing in November 2015 which was chaired by a named priest, independent and not known to either the secretary or the parish priest.

In October 2015, the parish secretary was issued a letter under the disciplinary procedures of the parish in relation to six named issues.

The woman was issued with a final written warning and a right of appeal which she exercised and the warning was upheld.

The parish office held a meeting with the woman in February 2016 where the purpose was to ensure the she was clear in relation to her duties and responsibilities.

However, according to the parish office, her performance issues continued.

The parish office stated that the woman was dismissed accordance with parish disciplinary policy.

Westmeath nursing home says it is managing Covid-19 outbreak 13:29
Father unaware partner and baby dead until gardaí called to raise alarm 13:21
Science Week 2020 to stage hundreds of virtual events all over Ireland during November 13:10
One of country’s main labs unable to process Covid-19 tests over weekend due to staff shortages 13:35
Golf and tennis clubs closed under Level 5 as deemed ‘non-essential’ services 12:23