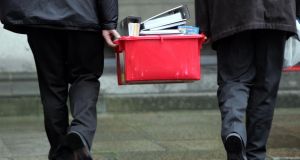 The Law Society says it will “respond positively” to requests to hold a meeting from solicitors angry about new High Court rules requiring them to produce significant amounts of extra information about their clients in immigration cases.

The High Court direction last month from the President of the High Court, Mr Justice Peter Kelly, laid down new rules for immigration, asylum and citizenship cases – including challenges to deportation orders.

However, according to solicitors in such cases, the changes will have “a chilling effect”, giving rise to “significant access-to-justice barriers for migrants and their families”.

Under the new rules, solicitors will have to provide details in affidavits of “every statement/representation made by the applicant or by any other member of his/her family . . . to any immigration body in Ireland or other jurisdiction”.

The rules also require solicitors to produce details of any criminal or civil proceedings in which their clients have been involved in the State or elsewhere. Solicitors have been given until February 1st to produce new information for some existing cases.

Garry O’Halloran BL told The Irish Times that the rules will increase litigation costs for immigrants and asylum seekers, something which is “a total disaster”.

“Applicants that bring cases [in the international protection system] don’t get any legal aid, so effectively there’s only a relatively small number of practitioners willing to take on the cases,” he said.

Currently, it can cost “a few hundred euro just to stamp documents”, he warned.

“All of these documents require to be stamped, so it adds a lot on to the solicitor’s workload.”

Barristers voiced concerns over the changes to Judge Richard Humphreys when he heard the asylum list in the High Court on Monday.

The judge said he would allow extra time for some affidavits to be produced. The changes were intended to ensure the court was not “misled” by applicants, he said.

This article was amended on January 16th as an earlier version stated the Law Society would hold an urgent meeting with solicitors. The society has said it will “responded positively” to a request for a meeting from solicitors. The article also stated that the rules come into force from Friday, but they are already in force.