Foreign nationals threatened with deportation and duped into paying up to €2,000 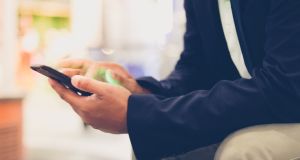 The callers claim to be officials from the Irish Naturalisation and Immigration Service (INIS), an Garda Síochána or the Indian embassy and demand sums of between €500 and €2,000. Photograph: iStock

The Indian Embassy in Dublin has issued a warning on its website advising foreign nationals not to respond to calls requesting personal information and sums of money to avoid deportation.

The warning was posted on the embassy’s site after a number of Indian nationals, including recently arrived students, were duped into handing over up to €2,000 when they were told their papers were not in order and were threatened with deportation.

“Some people are being called over the phone and told they must pay money to prevent deportation,” reads the alert on the embassy’s contact page. “This is an attempted fraud. Embassy of India never asks for payment on telephone.”

A statement from the embassy, entitled “phishing telephone calls” warned that the expatriate community in Ireland, including Indian citizens, were being targeted by callers purporting to be local Irish authorities who request personal information including passport details.

“The caller, on one pretext or the other, asks for money to be deposited or face deportation,” says the statement. “The embassy wishes to clarify that such calls are not official, whatever may be the entity the caller claims to represent.”

The statement advises foreign nationals not to hand over any personal data or money, adding that the calls are made to elicit personal information in a similar manner as “a phishing expedition over emails and internet sites”. It added that gardaí were investigating the matter.

It is understood the callers claim to be officials from the Irish Naturalisation and Immigration Service (INIS), an Garda Síochána or the Indian embassy and demand that foreign nationals pay sums of between €500 and €2,000.

A spokesman for the Department of Justice said it had also received alerts of similar fraudulent phone calls. A notice warning foreign nationals to ignore these calls has been posted a number of times on the INIS website since 2013, most recently in October 2018. The post was taken off the website before Christmas but may be reinstated if the calls become problematic again, said the spokesman.

“INIS does not under any circumstances request payment for its services over the telephone. Any persons facing deportation will be communicated through official written and registered correspondence only as part of a detailed process.”

The spokesman advised that any person who receives such a call should report the incident to the Garda.

An Garda Síochána did not respond to a request for comment on the issue.