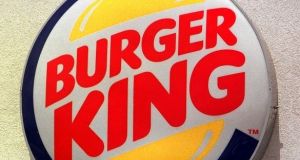 Immigration officials in New Zealand have issued deportation orders to a visiting family believed to be from Ireland or the United Kingdom.

They are believed to be members of the Travelling community. The group has been linked to disruptions in several fast food restaurants, and a video of the family arguing with an Auckland resident about a large amount of litter they allegedly left on a beach has been shared widely on social media.

The incidents received widespread coverage in the New Zealand press, and a spokeswoman for the Waikato District Police said officers were “currently investigating a series of incidents across Auckland” related to the group.

Police officers have spoken to a number of members of the group, who are currently staying in Hamilton, a city about an hour-and-a-half’s drive outside Auckland.

“INZ can confirm that two immigration officials accompanied NZ police to an incident at Burger King in Hamilton,” Mr Devoy said in a statement to The Irish Times. The incident in the fast food restaurant chain took place on Tuesday.

“Deportation Liability Notices were served on individuals involved in the incident at Burger King in Hamilton,” he said.

Neither New Zealand police or immigration officials were able to confirm the nationalities of the group on Tuesday, but it is understood police believe the group belong to the Travelling community, from either Ireland or the United Kingdom.

The deportation orders to leave the country were made under Section 157(5) of the Immigration Act 2009, which gives immigration officials the power to issue orders against temporary visa holders on several grounds, including matters relating to character.

The individuals can appeal the order, and have 28 days to do so from the date the notices were issued.

A 26-year-old woman involved with the group has been arrested by police and charged with theft, the police spokeswoman said.

The theft charge related to an incident that took place in the north shore area of Auckland, and the woman is set to appear before Hamilton District Court on Wednesday.