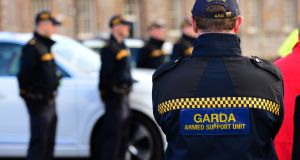 Two men have been arrested in connection with the death of a man in a fire at a home in Ballyjamesduff, Co Cavan last August.

Gardaí said the fatal fire had been upgraded to a homicide investigation.

Oliver Murray (59) died after a fire broke out at a house in Derrylurgan, Ballyjamesduff in Co Cavan at around 3am on August 2nd, 2018. A technical examination of the home was carried out following the fire as part of the Garda investigation into the blaze.

At the time there was no mention of homicide and the incident was described by an Garda as a fatal fire.

Two men aged 37 and 51 were arrested on Tuesday morning in relation to Mr Murray’s death and are being detained at Bailieborough Garda station under Section 4 of the Criminal Justice Act, 1984.