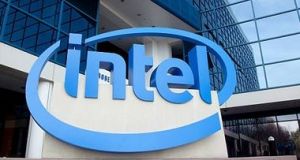 Intel has sought 10-year planning permission for an extended and revised manufacturing fabrication facility. The company received permission in 2016 for the first $4 billion phase of the facility.

In a submission Mr Sweetman argues approval for the plan cannot proceed without specific details of the grid connection to serve the new facility. He cites a High Court judgment to support his argument.

Kildare County Council is due to make a decision on the Intel application before the end of this month.

Mr Sweetman most recently objected to a new €40 million expansion at the Trump golf resort in Co Clare. Last year he challenged the resort’s planned sea defence plan before the High Court.