Alan Hawe would have faced trial for murder, says expert 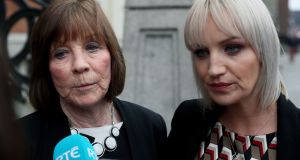 A diagnosis that Alan Hawe was suffering from psychosis or severe depression when he killed his wife and their three sons would not have saved him from being prosecuted for their murders, according to experts.

One legal source said it was a “certainty” that Hawe (40) would have been charged had he not taken his own life.

In August 2016, the school teacher murdered his wife Clodagh Hawe (39) and sons Liam (13), Niall (11) and Ryan (6) at the family home near Ballyjamesduff, Co Cavan. He then killed himself.

Clodagh Hawe’s mother, Mary Coll, and her sister, Jacqueline Connolly, have rejected expert medical evidence given at the inquest which said Alan Hawe was suffering from depression and psychosis.

The family contends Hawe could not face this and decided to take his own life. They believe because he was “evil” and controlling, rather than mentally ill, he decided to also kill his wife and sons.

Prof Brendan Kelly, a professor of psychiatry at Trinity College Dublin, said being “psychotic” meant a person had “lost touch with reality in one important respect”. This could include paranoid, delusional beliefs or hearing voices.

“But being psychotic certainly does not mean the person is no longer responsible for their actions,” he said.

A very large number of people, he said, were psychotic in one respect – perhaps hearing voices of deceased loved ones or believing aliens were contacting them – but were otherwise “intact” and leading full and stable lives.

“These people can, and should, be held responsible for what they do,” he said. “It’s absolutely incorrect to say anyone with psychosis is incapable of governing their actions.”

For some people, however, psychotic symptoms could be linked to criminal offences, for example, hearing a voice instructing them to cause harm.

Prof Kelly said in cases where an offender was claiming their crimes were attributable to mental illness, a court must decide in the first instance if that person was mentally ill.

Secondly, the court must decide whether an accused person’s mental illness had caused, or contributed to, the crime being committed.

This could only be achieved by the prosecution and defence sides each arranging separately for forensic psychiatrists to assess the accused person and for those assessments to be shared with a court.

Independent diagnosis of mental illness predating an alleged offence was the strongest evidence that could be available.

In the case of Alan Hawe, there was no diagnosis of clinical depression or psychosis during his life.

However, Prof Harry Kennedy, director of the Central Mental Hospital, was asked by the coroner’s court to review all of Hawe’s medical notes so an opinion as to his mental health could be set out at the inquest.

Prof Kennedy concluded that for almost a decade Alan Hawe suffered from depressive and anxiety-based symptoms. These, he said, had progressed to “severe depressive episode with psychotic symptoms” by the time he murdered his family.

A person like Alan Hawe, Prof Kennedy said at the time, would be in a “severely impaired” state of mind, leading to their acting “irrationally” even if he appeared to be acting normally in their general lives.

Prof Kelly said it was impossible to critique Prof Kennedy’s assessment of Hawe without access to the same information – medical notes, a suicide letter and other material, only a fraction of which had emerged publicly.

Under Irish law, a person charged with murder but who cites mental illness could be convicted of murder, a crime that carries a life sentence.

They could also be found “not guilty by reason of insanity”. If so, they would be committed to the Central Mental Hospital but could secure their freedom at some point if judged to have recovered.

A third option was a diminished responsibility verdict. These are intended for accused persons who were mentally ill when they killed but not so ill that they had no responsibility for their actions. In such cases a murder charge can be reduced to manslaughter, which carries a shorter prison sentence.