Bloody Sunday decision time: 'The people who were killed have nothing' 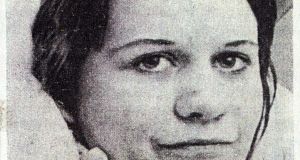 Alana Burke (18) in hospital after injury on Bloody Sunday. Photograph: Courtesy of Museum of Free Derry

What Joe Mahon remembers most about Bloody Sunday is the silence.

As the people around him fled for their lives, he lay on the ground, injured, hearing nothing but the sound of shooting – and a soldier’s footsteps.

Overcome with emotion, Joe struggles to speak. “He shot him in the back.”

Almost 40 years later, in 2010, the Saville Report into Bloody Sunday would find that none of the victims posed a threat. The then British prime minister, David Cameron, apologised, describing their deaths as “unjustified and unjustifiable”.

British army veterans’ groups and some MPs have claimed that former soldiers – many of whom are now elderly – are being unfairly pursued, and there have been calls for a statute of limitations with regard to Troubles-era killings.

Joe Mahon is now 63. That Sunday afternoon, he had just turned 16 and went on the march – held to protest against the policy of internment without trial – with his friends. Near the back when the shooting started, they and others ran into Glenfada Park – off the Bogside’s main Rossville Street – where they thought they would be safe.

“I turned round and saw four or five of them [soldiers] coming in at the bottom corner of Glenfada Park.

“This blond soldier, he had the rifle at his hip, and he fired, he sprayed with the gun. The next thing I was on the ground.”

Of the casualties in Glenfada Park, William McKinney and Jim Wray would die that day; four others, including Joe, were injured. He was shot in the right hip and the bullet passed through his bowel and intestine, lodging in the left; at the time, Joe had no idea of the extent of his injuries.

He lay on the ground and watched as the soldier who had shot Jim Wray continued into nearby Abbey Park.

“I could hear more shooting, and he came back out again and took his helmet off. I could see his face – he had blond hair. He shouted, ‘I’ve got another one’.

“That’s when apparently he shot Gerard McKinney and Gerald Donaghey. I heard the bullet pass through one and into the other.”

The soldier walked away. Mahon thought he was safe.

“I turned my head up to look round at him and he saw me. He got down one knee and he took aim again at me.

“I turned my head away to the fence, waiting for the shot.”

Mahon’s life was saved when a member of the Knights of Malta shouted, “first aid”. The soldier fired but missed.

“I lay there and didn’t move until I felt a hand on my shoulder. I thought it was the paratroopers but it was my friend and another boy and they carried me into a house.”

Another of the injured, 18-year-old Alana Burke, had also been brought inside. She had gone on the march with her mother and younger sisters so that she could show off her new coat.

Sick and disorientated from the tear gas, and drenched by the water cannon, she was trying to make her way home when the soldiers came into the Bogside.

“I could hear the Saracen [armoured personnel carrier] roaring and it was surreal because you just didn’t think you would see soldiers with guns running kind of alongside you,” Burke recalls.

“I remember thinking to myself, oh my God, I am going to die here today. The Saracen came in the entrance to the courtyard and just, bang.”

She had been run over on her right side, her body crushed below the waist.

“I was down and I couldn’t feel my body, I couldn’t feel anything, and I remember clawing at the ground. People were running for their lives and they were actually trampling over the top of me.”

Eventually, she was carried into a nearby flat. She lay on the floor, listening to the shooting outside. At the window, women screamed as they watched Bernard McGuigan, white handkerchief in hand, attempt to go to the aid of the dying Patrick Doherty.

“The woman said, ‘he’s waving a white hankie, he’ll be alright’, and then she was squealing: ‘Ah Jesus, they blew his head off.’”

In the ambulance Alana was placed on the floor, surrounded by bodies. “I couldn’t work out whether I was living or dead.

“Was I was up above looking down on this, or was I down below looking up?”

Both Mahon and Burke were presumed dead; she lay in a corridor in the hospital, a blanket over her head, until the civil rights leader Ivan Cooper realised she was alive. Mahon was saved by a nurse who found a pulse.

He says the surgeon who operated on him told his mother, “if I lived the night, I would have a chance”.

When asked about his injuries, he says simply: “I lived. A lot of boys didn’t.”

“I can’t complain, I don’t complain because I’ve got a life, I’ve children, I’ve grandchildren, and the people who were killed have nothing.”

Burke left hospital in a wheelchair. She was due to start a job as an accounts clerk the day after Bloody Sunday, and the position was held open for her until she was well enough to walk using a stick.

Her injuries were so bad, she was told she would never be able to bear children. Her son Gareth was “a miracle child”; she went on to adopt another son, Paul.

“Paul was just a blessing, and Gareth too. I’m so proud of them both, plus my three grandchildren,” says Burke. “I think that at least they were something good that came out of this.”

When the Saville report was published, Burke was among the relatives, survivors and supporters who were cheered by the people of Derry on the steps of the city’s Guildhall. On behalf of the injured, she read aloud their names, each followed by a single word: “Innocent”.

That morning, Mahon had helped erect the barriers in the square which now held the watching crowds.

“I went to work that day because I didn’t need anybody to tell me we were innocent, especially not a British prime minister. I was there. I know exactly what happened.”

Photographers captured an emotional embrace between Mahon and Jim Wray’s brother Liam. “I’ll go to my grave with the regret that I didn’t do anything to help [Jim],” says Mahon. “I did him an injustice. I could have told him to lie still. People keep telling me there’s nothing I could have done but still, in your head, that’s the guilt I have.

He is adamant that he wants to see prosecutions for Bloody Sunday. “Not for myself,” he stresses. “I don’t know who shot me, but I know who shot Jim Wray, and Jim Wray was already wounded. That was murder.

“I want it to go down in the book: you murdered Jim Wray.”

Burke, too, wants prosecutions. “When something has affected your life for so long, and they [the soldiers] don’t seem to be in any way sorry for what they did, they deserve to face justice.

“Not so much for me, because I’m still here, but for the people who were murdered.”

TOMORROW: Denis Bradley was a young priest in Derry on Bloody Sunday, witnessing many of the killings himself. Before Bloody Sunday, Northern Ireland endured the Troubles. Afterwards, he says now, it was war.