Garda whistleblower claims some pubs served alcohol without licences until 6am 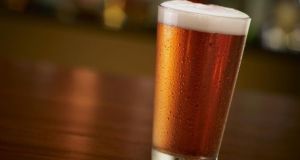 The Gsoc is conducting a criminal investigation into alleged abuse of the liquor laws in Killarney and an alleged long-standing Garda failure to tackle breaches. Photograph: Thinkstock

The Garda Síochána Ombudsman Commission (Gsoc) is conducting a criminal investigation into alleged abuse of the liquor laws in Killarney and an alleged long-standing Garda failure to tackle breaches.

The investigation follows a protected disclosure by a garda who served in Killarney for six years, but who is currently on sick leave amid claims that he was ostracised after raising concerns internally.

In documents seen by The Irish Times, the Gsoc told the Garda whistleblower in June that it had decided an investigation was “in the public interest”. Large volumes of documents have been sought by the Gsoc, including tape recordings.

In a blog, the garda claimed that some premises openly served alcohol without licences, sometimes until 6am. In 2012, he claimed 30 of the town’s 130 premises did not have liquor licences.

“It is important to mention that the majority of publicans did keep a good house and abided fully with their obligations under licencing laws. There were others however, who it appeared no law applied to,” he wrote.

He alleges that records have been falsely kept and that prosecution files for licencing breaches have been filed with deliberate flaws. Some gardaí were offered gifts, while a Garda car often ferried women home from clubs, he claimed.

Following a study of exemption orders, he claims that the number of special exemptions then sought in Killarney was a fraction of what it should be, leading to major losses for the Revenue. The Garda has refused to comment.

In November 2016, more than 50 Killarney-based gardaí were interviewed about allegation that a local licenced premises had offered €50 vouchers to gardaí. Nothing untoward was uncovered, however.

In early 2018, Kerry was described in the Dáil as “a basket case” when it came to Enforcement of Liquor laws by then TD Mick Wallace, who said “favoured publicans were allowed to run pubs with immunity”.

“When the whistleblower attempted to enforce the law and change things so all publicans would be treated equally, he was discouraged by his colleagues, alienated and ridiculed,” Mr Wallace said, who met with the man in 2017.

Garda Commissioner Drew Harris will appear before the County Kerry Joint Policing Committee in Tralee on Friday. He is expected to face questions on the issue from one councillor.