Belfast man who threw scalding water over mother is jailed 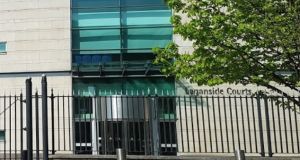 A Belfast man has been jailed for 18 months for throwing a kettle of scalding water at his mother and then beating her with her walking stick.

William Stevenson (34), whose address was given as the Morning Star Hostel in Divis Street, pleaded guilty on the morning of his trial last year to causing his mother Anne grievous bodily harm.

Belfast Crown Court heard that on August 13th, 2018, the defendant went to a house he shared with his mother after working a shift with Royal Mail and asked her to waken him at about 2.30 pm so he could watch a television programme.

The court heard his “vulnerable” mother, who used a walking stick and a rollator aid to get about, went out shopping and returned home at 3.10pm and brought her son up a cup of tea.

Judge Philip Gilpin said that at about 6.10pm, the defendant came down to the kitchen and half filled a kettle of water and boiled it.

Minutes later, he threw the kettle of water in the direction of his his mother who was standing just feet away, “with scalding water landing on her shoulders, arms and hands”.

The judge said that as his mother lay on the floor, Stevenson used her walking stick to strike her across her back.

“Throughout this attack you said nothing,” the judge told him”

In a statement to police, Mrs Stevenson, who was widowed in 2013, said her son was hitting her with her walking stick “as hard as he could” and the attack happened the day before her 69th birthday.

After the attack, the defendant then ran up the stairs, retrieved a birthday card, brought it back down and tore it up in front of her, saying: “Here’s your birthday card, you bitch”.

Stevenson then left the family home but before going he took the portable house phone “to stop his mother from calling for assistance”.

Despite her injuries, the court heard, his mother managed to make her way to a neighbour’s house where the alarm was raised. Stevenson later returned home and was arrested.

At police interview, the defendant falsely claimed his mother had struck him first to the back with her walking stick and he “lost it and snapped”.

Judge Gilpin said medical evidence showed that Mrs Stevenson had suffered “second degree burns and blistering to her shoulders, arms and hands” from the boiling water. Photos also showed that there was bruising and swelling to her back.

The judge told Stevenson: “This was an offence of domestic violence against your mother which took place in her own home where she should have felt safe. It was apparently premeditated as she had not done what your had asked her to do.”

The court heard Mrs Stevenson spent several days in the Ulster Hospital and then left her Belfast home of 25 years to stay with friends in England for “recuperation”.

The Probation Service said Stevenson, who had no previous convictions, now “expressed a high degree of regret” for the attack on his mother.

In a letter to the court, Mrs Stevenson urged Judge Gilpin not to send her son to prison in an effort to rebuild their relationship,

Passing sentence, Judge Gilpin told the defendant: “The custody threshold has been passed and having taken into account all the releveant matters, there will be a custodial sentence of three years. You will spend one year and six months in custody and the remainder on licence.”