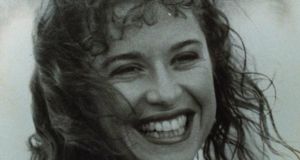 Irishwoman Ciara Glennon was killed after socialising in Perth on St Patrick’s Day in 1997. Photograph: PerthNow

A DNA sample obtained from a discarded drink bottle links a serial killer to the killing of Irishwoman Ciara Glennon in Australia in 1997, the second day of the trial of Bradley Edwards in a Western Australian court was told on Tuesday.

The court heard the DNA was “80-100 millions” more likely to come from the accused than any other man, according to the prosecution.

Ms Glennon, who family was originally from Westport, Co Mayo was celebrating St Patrick’s Day with friends in Perth on March 14th, 1997 when she went missing.

He denies all charges.

State prosecutor Carmel Barbagallo told the second day of one of the most anticipated trials in Australia’s history that police were focusing on Mr Edwards in late 2016 after a kimono taken from a crime scene in the southern suburb of Huntingdalein Perth in 1988, was re-tested for DNA.

The DNA matched samples taken from underneath Ms Glennon’s fingertips, three weeks after her body was found.

The DNA also matched swabs taken from an 18-year-old who was raped at Karrakatta Cemetery in 1995.

The court heard detectives then retrieved a Sprite bottle Mr Edwards had dumped into a rubbish bin in late 2016 in order to obtain a sample of his DNA.

Ms Barbagallo said this sample matched those taken from Ms Glennon’s fingernails, the kimono and the Karrakatta rape victim.

Ms Barbagallo told the court experts found the DNA was 80 to 100 million more times likely to come from Ms Glennon and Mr Edwards, than from an unrelated male.

“The accused is the only person in the last 20 years on the Australian database to have a DNA profile that could not be excluded.”

Ms Barbagallo told the court the night Ms Glennon disappeared, Mr Edwards was meant to visit friends but didn’t show up until the next day.

She said it was the state’s case that the accused instead drove to Claremont where Ciara “was abducted by him in a blitz attack” and then drove to Eglinton, 50 kilometres north of Perth and murdered her.

The state said the fibres found on Ciara’s hair and t-shirt came from the seat of the white Holden Commodore wagon driven by Mr Edwards at the time of his employment at Telstra.

On the first day of the trial, the court heard the harrowing details of Ms Glennon’s last day alive and how she was murdered.

“When she reached a point ... on Stirling Highway ... a white VS Holden Commodore station wagon was seen in close proximity to her,” Ms Barbagallo said.

“It is on this stretch of highway that Ciara Glennon either accepted a lift from the perpetrator, or was abducted by the perpetrator in a blitz attack.”

Ms Barbagallo said during an examination of the body, a large wound was discovered on her neck, and two large wounds were found on her upper and lower arms.

She said the wounds across her face and neck, which were around 12 to 21 centimetres long, were consistent with a “sawing type action”.

In his brief opening address to court, defence lawyer Paul Yovich was blunt in his assessment of the state prosecutors’ claim that Mr Edwards was the Claremont serial killer.

“The defence is simple - it wasn’t him,” Mr Yovich told the court.

“We are not pointing the finger at any specific person, all we are saying is the nice, neat picture the state wants to present ... is not the full picture.

Mr Yovich said DNA evidence and fibre samples found on Ms Glennon’s body could have been contaminated because the storing facilities were less sophisticated back in 1990.

The defence lawyer also claimed one of the fingernail clippings from Ms Glennon, also matched the DNA of a Pathwest scientist.

Mr Yovich said Ms Glennon’s fingernail scrapings previously had been called “debris only” by scientists because they were clippings from a mortuary technician.