School ordered to pay €3,500 to student with nut allergy over school trip 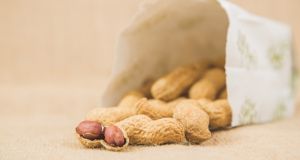 WRC found the teenager was more than capable of attending the trip, just like any of the other TY students. Photograph: iStock

A secondary school has been ordered to pay €3,500 to a Transition Year (TY) student with a life threatening nut allergy over discriminating against her when not allowing her to go a school trip to France.

At the Workplace Relations Commission (WRC), adjudication officer, James Kelly stated that the school’s decision not to allow the teenage girl travel on the trip was not predicated on malice.

However, Mr Kelly stated that the school directly discriminated against the teenager under the Equal Status Acts because of the girl’s disability, the potentially life threatening condition, anaphylaxis.

The school stated that it did its very best in the circumstances and Mr Kelly stated that in considering redress, he was cognisant of the serious predicament the school found itself in.

However, Mr Kelly stated that the school in deciding to stop the teenager travelling on the school trip due to the precondition of a family member having to accompany her because of her disability is discriminatory and unreasonable in the circumstances.

Mr Kelly stated that he acknowledged the school’s expressed bona fides when they said that they acted in good faith in the interest of all parties when they raised concerns about the teen going on the trip.

Mr Kelly found that the teenager was more than capable of attending the trip, just like any of the other TY students.

The teen’s parents stated that the decision by the school to exclude her from the trip “caused her great upset and distress” and they had to take her home from school the day they informed her.

The teenager stated that the decision by the school disbarred her from any further activity with the group of 19 France bound students she had formed a shared bond with.

In his findings, Mr Kelly stated that the school’s insurance company did not seek any additional requirements other than a care plan for the teen for the trip. The teen had travelled abroad multiple times and had travelled abroad with the school on another event without any difficulties. She was in her middle teens and was well aware of her condition and its management.

In January 2017, the teenager met the “first come first served” criteria for the school trip to France when she was one of the first of 20 students to pay her booking fee which was accepted by the school.

No member of the family was able to travel as there was a very close family relative terminally ill at the time.

The teenager has had the nut allergy since aged five and she, along with her parents, addressed the staff of the school in August 2013, explaining that her allergy was life threatening and advised on the procedures in the event of an emergency.

The school stated that it was made clear to the staff that the condition required complex management.

In response to the parents’ and teenager’s address, the school created a “nut-free school” where parents, pupils and staff were informed that nuts could not be brought into the school.

As a result of the teenager paying her booking fee for the school trip, the school met with the girl’s mother on February 27th, 2017 where the mother advised that her daughter was on new medication and that her nut allergy was still as severe as ever.

The school was again made aware of the life-threatening nature of the allergy.

The school told the mother that the two teachers attending the trip were not comfortable with the level of responsibility required to take her daughter on the trip.

The school’s insurer required that a care plan be put in place for the teenager for the trip and the family completed this.

The school stated, however, that the care plan simply was not workable unless a member of the teenager’s family attended the trip.

On March 14th, the school contacted the girl’s parents saying that the board of management did not want the teenager to attend the trip on the basis that a family member could not go with her.

The school stated that the level of responsibility that would be placed on the two teachers by the teenager’s participation in the trip without a family member was excessive.

The school stated that it was concerned that due to the nature and duration of the trip, 11 days with students staying with families over a wide geographical area, it would not be able to provide the same level of care to the teen on the trip as she received in school.

The school felt strongly that the teenager needed a level of supervision that simply could not be provided by the two staff members.

The school stated that the school acted in what it perceived to be the best interests of the teenager and that it did its best to accommodate the teenager’s disability in the context of her potentially life-threatening condition and to facilitate her participation on the trip.