About 1,000 children at risk of involvement in serious crime

Plan aims to reach youngsters earlier who could be swayed, before offences committed 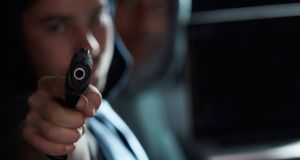 The latest plan aims to reach out to children under the age of 12, those being coerced by organised crime gangs and young children at risk of being radicalised. File photograph: Getty

About 1,000 children in the Republic have been identified as being at risk of becoming involved in very serious crime.

These include minors being groomed by organised gangs, according to a Government juvenile crime strategy to be published on Friday states.

While members of the Traveller community are overrepresented in the prison population, they are under represented on projects aimed at intervening early in a child’s life to divert them away from crime.

Informed sources told The Irish Times there were now concerns within the Department of Justice and Garda that the same trend was beginning to emerge in sections of the migrant community.

The children of some foreign-born parents are proving harder to reach. Justice officials and gardaí believe this has arisen, at least in part, because some ethnic groups come from countries where there is a deep distrust of the police and they are reluctant to engage with the Garda.

The new draft Youth Justice Strategy for the period 2020 to 2026 – to be published by Minister of State David Stanton today – sets out new ways of reaching at-risk children much earlier. This includes those under the age of 12, those being coerced by organised crime gangs and young children at risk of being radicalised.

Instead of interventions being made by the Garda Youth Diversion programme after children commit crime, the latest plan would seek to reach at-risk children at a younger age and before they offend.

This would be achieved by linking the youth diversion resources within the Garda with community groups, sports clubs and schools