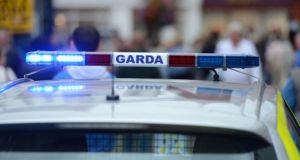 The Southern Region Dog Unit and members of the divisional search team did not find any other suspicious items.

A sawn-off shotgun and ammunition were found by gardaí in Cork city on Tuesday.

A search was carried out of the area next to the cemetery off Skehard Road at 2.30pm by gardaí from the serious crime investigation unit as part of an intelligence led operation.

During the search gardaí located what appeared to be a single barrel shotgun that had the stock and the barrel sawn off. Three shotgun cartridges were also found in close proximity.

A further search of the area was carried out by the Southern Region Dog Unit and members of the divisional search team but no other items were discovered.

Gardaí said the suspected shotgun and ammunition will now be sent for ballistic analysis.

No arrests have been made and gardaí said their investigations are ongoing.