‘To get to know Irish culture and people, carer is the best job’

New to the Parish: Fernanda Otero arrived from Brazil in 2016 with her son, Gaudie 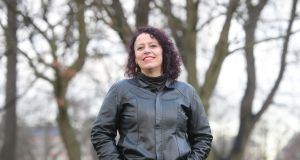 Gaudie Otero was in his first year of college studying music production when his mother, Fernanda, suggested they move abroad. Neither mother nor son had ever travelled outside Brazil before. The 19-year-old student had always dreamed of visiting Canada, while Fernanda was more interested in getting to know the rest of Latin America.

“We had two different dreams but were short of money, so going to Canada or Australia wasn’t possible,” says Fernanda. “Then someone suggested we go to Ireland. I had enough money to bring the two of us so we decided to go together.”

Having spent more than a decade working as a civil servant, and with a background in journalism and politics, Fernanda was keen to improve her English. She also hoped the trip would help her build a stronger relationship with her son.

“Before we went I still saw him as my baby, and he didn’t like that. Coming here was my chance to realise he was a man. Especially after his difficult experiences here, I saw what a strong and good person he was.”

The pair arrived in Dublin in February 2016 and moved into a house share with eight other people – an experience Gaudie describes as “powerful and shocking”.

“I was privileged growing up and we lived in one of the top neighbourhoods in São Paulo,” he says. “We had a big apartment and I had a huge bedroom so my childhood was very comfortable. But suddenly I had to share a room with three strangers.”

Fernanda also says sharing a room with others was a challenge but her main focus at the time was finding work. “The pressure to start making money was huge. I was full of dreams and expectations but our money was going down so I just spent every day looking for work and then went home to sleep.”

In April, Fernanda found a job as a home carer. She would also go on to work as a cleaner in a theatre, a waiter and a dog walker.

Gaudie eventually found a position as a kitchen porter in the restaurant industry. He had restaurant experience, as after finishing high school he had spent a year working in a local restaurant in his home city of Indaiatuba – a job he loved and a period he describes as “really happy times”.

As a kitchen porter in one Dublin restaurant, he had to rewash cutlery, silverware and plates and then polish them with vinegar. “The plates would come out of the machine really hot, and the cloth I used to polish had to be made of a specific fabric, which meant my fingers burned. I developed blisters all over my hands and then had to use vinegar to polish. The skin on my hands kept peeling off; it was very painful.

“I never had the guts to say anything or the courage to ask for better working conditions. I was only 19 and was so nervous around people.”

Gaudie describes that restaurant’s working environment as “toxic” and is still “haunted” by one of the kitchen staff. “He shouted at me to clean up the mess, to ‘move your ass for f**k’s sake’, told me to ‘f**k off’. That’s how he communicated with people.

“The kitchen porters suffered the most. I wasn’t a person; I was a breathing and walking washing machine. My friends in Brazil were always fantasising about the amazing life I had in Ireland, but no, it wasn’t like that.”

Gaudie also worked in another restaurant in Dublin that “was completely different. It was nice to work there. But my life was extremely stressful. I ended up having a mental breakdown during that period.”

In May 2017, after one year, Gaudie left the Irish restaurant industry. One month later he flew back to Brazil. Gaudie did not reveal to his mother the extent of his depression and anxiety until he had left Ireland.

“He was in pain and I didn’t realise it because he never mentioned anything,” she says. “It was only when he went back to Brazil that he started to open up.”

Fernanda also became ill during her first year in Ireland and suffered a heart attack in September 2016. She suffered a second heart attack when she returned to Brazil for Christmas 2017 and ended up staying in her home country for two years. “It was then I discovered my son was sick and I wanted to be with him. I was also waiting for my Italian passport to come through.”

Fernanda returned to Dublin in December 2019 to study for the Celta Cambridge English Language Assessment. After completing the course she found a job at an English-language school. However, two weeks after starting, the Covid-19 pandemic hit Ireland and the school closed. She has been working as a carer ever since.

“I spent the two years back in Brazil telling myself that I wouldn’t work as a carer again, I will be a teacher. But life brought me this situation and, I have to say, it’s the best job someone can have to get to know Irish culture and Irish people.”

Fernanda hates being so far from her son but respects that he prefers living in Brazil.

“I’ll definitely stay in Ireland for a while. I have that feeling of being at home when I’m here. The Brazilian community here face lots of prejudices and difficulties so I’m also an activist here. I want to help other carers and show them their rights. But I do see democracy working here and that’s amazing.”

Gaudie, who works as a musician and teaches English in Indaiatuba, still struggles to talk about his time in Ireland but acknowledges that his experiences “allowed me to grow as a human being”.

“I became very depressed and anxious at that time. But, on the other hand, I made a couple of good friends and travelled a lot. Without that experience in Ireland I wouldn’t be where I am now. My main income comes from teaching English classes and I learned that English in Ireland.”