New to the Parish: Milan Sitko arrived from Slovakia in 2006 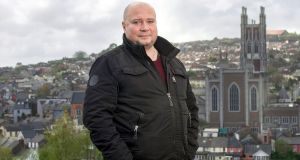 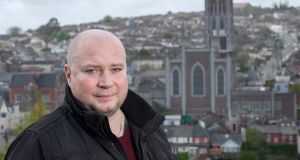 Milan Sitko knew from an early age that he wanted to work at sea. Growing up in land-locked Slovakia, Sitko had to wait until his early 20s until he actually saw the ocean. However, throughout school and university his goal was always to work on cruise ships.

“My father had brought me to the place where he grew up and I met one of his friends who worked on ships. He started telling me stories about foreign countries, different cultures, different people and food and I thought this is what I want to do.”

An only child, Sitko grew up under communist rule in the town of Nové Zámky in southern Slovakia (then Czechoslovakia). He recalls the foreign language classes at school transforming from Russian to English overnight following the fall of the communist party in 1989. “It was the same teacher who had been teaching us Russian but he went on a course for two weeks and came back to teach English. So he spoke English with a Russian accent.”

After primary school, Sitko attended a secondary school specialising in hospitality skills where he learned how to be a waiter and prepare dishes as a chef. He then spent a year in the army carrying out his military service before studying business through English at university. He had returned to the hospitality school as a teacher when his dream of working at sea began to re-emerge.

After failing at his first interview for a job on a cruise ship, Sitko took a pile of library books home and studied in detail the art of cocktail making. On his second try, he was offered a job cleaning glasses and stocking the bar on a cruise ship leaving for the Panama Canal from San Diego. “I’d never seen the sea before and I’d never flown so my first flight was 16 hours from Vienna to San Diego. For me the ocean looked like a big lake that I wanted to taste to see if it was salty. When I arrived and saw the ship I couldn’t believe something could be so big, it had 12 floors.”

Three days into the cruise, we ran out of Irish whiskey and Guinness on the ship

Sitko spent 11 months on the ship where he learned to mix hundreds of different cocktails while sailing down the Pacific coast of the Americas. He then found a job on the world’s largest liner, the Queen Mary II, sailing around Canada, the Caribbean, the Baltic states and the Mediterranean. He recalls one journey when the cruise liner stopped off in Waterford after leaving Southampton to pick up more than 1,000 Irish passengers.

“Three days into the cruise, that would go on for another five days to Norway, we ran out of Irish whiskey and Guinness on the ship. That was the only thing I knew about the Irish, that they were good drinkers.”

When the rate of the dollar to the Slovak Crown started to fall and negatively impacted his salary, Sitko decided to take a break and find a job on dry land. In 2006 he moved to Cork, joining a friend who had recently arrived in Ireland and started applying for work as a bartender. He quickly discovered most bars in Cork had little interest in his cocktail-making expertise.

“In the interview I told them I knew how to make 500 different cocktails but they just asked if I could pull a pint of Guinness. I said yes and the job was mine.”

The first bar in which Sitko worked specialised in weddings and on his very first shift he found himself serving more than 200 thirsty wedding guests without a stocked fridge.

“We weren’t prepared and I kept telling the manager if you have a wedding, you need to have a person to set up. After a week the bar manager quit and I was asked to replace him. Then I started doing things my way and planned ahead. The general manager then asked me to make up a cocktail menu and do cocktail training.”

After two years in the hotel, Sitko moved into a job at the Fota Island resort but quickly became exhausted. “I was starting at 6pm and finishing at 6am so I told myself no more hotels. I wanted a job in a pub where they closed at 12.30 and one hour later I could go home.”

Sitko spent a few more years doing bar work before deciding to move back into cooking. “Being a chef was my best option, and cooking was always in my life; it was my hobby. I looked for jobs everywhere but people wanted an experienced chef. I had the experience but couldn’t prove it.”

Sitko eventually found work at a catering company in Cork airport. “There was no cooking at all, everything was bought in frozen and we just heated it up in the microwave.”

In 2015, Sitko found work as a chef in Cork’s Metropole hotel. “The head chef was kind of stuck.” He says the place didn’t have a particularly good reputation for food at the time. “But I was looking for experience. The food wasn’t what I wanted to cook but I learned a lot during those years working under different chefs.”

Four years on, work at the hotel has transformed since the ownership changed hands, says Sitko.

“The new owners are trying to invest money in the hotel and finally the system of how we work here has changed. It’s improved a lot and they’re hiring people who have experience. This hotel has the potential to be one of the best hotels in Munster. ”

Like many new arrivals from central and eastern Europe, Sitko planned to spend only two years in Ireland. After 13 years in the country, he is trying to figure out plans for the future.

The grass colour is always changing through the year, you could say you have 50 shades of green

“My family situation back home has changed because my father passed away two years ago. My mum is alone and I’m the only child. She’s trying to push me to be a little closer to her in case something happens. I don’t know what I’ll do yet, I haven’t sorted out definite plans.”

For now, Sitko plans to stay put. “I like it here and I like the hotel. I’ve started going sea fishing in the summer. We usually hire a boat in Union Hall and everyone’s full of energy. I also do landscape photography, and Ireland is a very beautiful place for this. You don’t have seasons but the weather changes. Even the grass colour is always changing through the year, you could say you have 50 shades of green.”