New to the Parish: Juliana Scodeler has built a life here since coming from Brazil in 2007 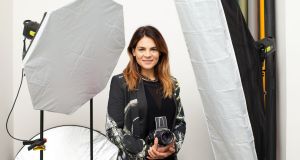 Juliana Scodeler had been travelling for nearly two days when she arrived into Dublin Airport in February 2009. Exhausted after the long journey, the 22-year-old was eager to see her Irish boyfriend who was waiting in arrivals and had her passport and documents ready for the immigration officer. She was surprised when the official also asked for her phone and wallet.

“He took all my belongings and put the contents of the wallet on the desk. He wouldn’t talk to me, he was just searching for something. Then he said ‘I’m not going to let you in today, I don’t believe you’re here for the reasons you say you are’.”

Scodeler first came to Ireland in 2007 and spent a year studying English, waitressing and travelling abroad in her free time. She also met and fell in love with an Irish man and stayed in Ireland two months longer than her visa allowed. She returned to São Paulo where she saved money, applied for a college course in Dublin and made preparations to go back to Ireland, blissfully unaware of the potential implications of overstaying her visa.

Scodeler spent nine hours sitting in Dublin Airport after she was refused entry into the country. When she asked to speak to her boyfriend she remembers being ignored by border officers. “I wasn’t treated with aggression, I wasn’t cuffed, but when I asked them ‘where are you taking me’ I got nothing. I was crying loads at the start but after that I was too tired. I was in shock.”

Eventually Scodeler was put in a Garda car and transferred to the Dóchas centre, the female section of Mountjoy Prison. Upon arrival she was placed in a small holding cell and later strip searched. “I don’t remember much about what happened, it comes in flashes. I took my clothes off and they asked me to put them on the ground. I didn’t think the search was going to be so thorough, they were wearing gloves and asked me to bend over.”

Scodeler refused the sleeping pills and headache tablets offered by the prison doctor and was taken to a small cell. A few hours later another Brazilian woman joined her. “She was older and was coming to Ireland to visit her daughter who lived here. She was stopped at the airport like me but didn’t speak any English.”

The following morning Scodeler asked for a lawyer but says they sent a nun. “She was nice but I needed to sort out the situation. I didn’t need to be calmed down, I wasn’t even angry. I was just tired and broken.”

After eating breakfast with inmates at the centre, including one woman who Scodeler recalls describing how she cut her husband’s throat, the Brazilian student was brought back to Dublin Airport where she spent another seven hours before being escorted onto a Ryanair flight to Madrid. After a short stop off she was put on a flight to São Paulo.

Ten years have passed since Scodeler spent the night in Mountjoy prison yet only now, as she applies for Irish citizenship, is the trauma of the experience really starting to surface. While she initially struggled with depression after arriving back in Brazil she focused her energies on how to reunite with her boyfriend. The couple settled on Australia and spent a year in the country where they got married.

“We didn’t marry so I could come to Ireland; he proposed to me and we were going to get married anyway. I thought that in order to have a normal life I would have to make amends with Ireland because his family and friends are from here. I decided if they let me back in I’d forgive everything that happened.”

After more than a decade in the country, Scodeler says her life is in Ireland

Scodeler passed through Dublin Airport in May 2010 with her husband without problems and went straight to the immigration office on Burgh Quay to secure her visa. She returned to waitressing before moving into a career in photography and eventually setting up her own business.

As the years passed, Scodeler’s relationship with her husband began to deteriorate and in 2017 the couple divorced. Scodeler had already applied for Irish citizenship, hoping the process would only take a few months before her Stamp 4 visa expired. More than two months have passed since her visa’s expiration and Scodeler still has no idea if and when her citizenship application will be approved.

She began by processing her application with one division of the Department of Justice before being transferred to a different section where she was asked to resubmit personal documentation including a record of every time she has left Ireland with explanations for why she was abroad, tenancy agreements on all properties where she has lived, bank statements and details on her photography studio. The department also has her passport while they process the application.

“I know people who got citizenship in four months without all these letters. I know Brazilian people who got their citizenship in six months to a year. I don’t think this process is humane. I don’t want to sound like I’m complaining because I know there are people in way worse situations than me. I know this is a privilege, I just don’t understand why it’s taking so long.”

Scodeler was scheduled to take photos at a friend’s wedding in Barcelona and was also planning on visiting Brazil as part of a project she’s working on with other artists to raise awareness around the destruction of the Amazon rainforest. “I feel like my wings are clipped. I don’t like not having my freedom. I am giving everything to this process but it’s so bureaucratic. I want to be honest and tell them how I feel but they want dates and numbers.

"They want information on every trip I’ve taken. Some are related to a break-up, others are related to the loss of somebody. I wasn’t ready for this, I’ve had to look through some very hurtful things.”

After more than a decade in the country, Scodeler says her life is in Ireland. “I’ve stayed here so long now. When I go back to Brazil I can’t get used to the way things are. You have the freedom here of walking at night and feeling safe. I have Brazilian friends here and I have Irish friends. We cry on each other’s shoulders, we travel together. I have friends here from 10 years ago. They’re like my family.”