Mitsubishi about-faces on European departure - but no decision on Ireland

Renault-based Mitsubishis on sale from 2023, but not yet planned for Ireland 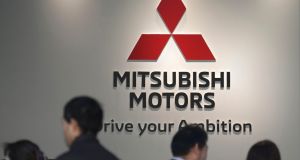 A spokesperson for Mitsubishi Ireland said: “They’re not talking about right-hand drive markets for the moment, so as far as we’re concerned there’s no change.”

Mitsubishi has completed a volte-face (and the use of French is appropriate) on its departure from European sales with an announcement that the Japanese brand will sell a new range of models, based on Renault chassis and mechanical packages, from 2023.

This, however, likely doesn’t preview a return to the Irish market. At least not yet. A spokesperson for Mitsubishi Ireland confirmed to The Irish Times that: “They’re not talking about right-hand drive markets for the moment, so as far as we’re concerned there’s no change.”

As well as new models based heavily on Renault technology, Mitsubishi has confirmed that it will also sell the current Eclipse Cross SUV in Europe, fitted with plugin-hybrid technology. That car is, of course, already engineered for right-hand drive, so if a business case can be built, then our pre-Christmas farewells to Mitsubishi as a brand may have been premature.

Given that the Eclipse Cross is similar in size to the current Renault Kadjar, it seems unlikely that Mitsubishi will copy Renault’s big-selling crossover. Instead, it’s more likely to sell a Mitsubishi-ised version of both the Captur and the Clio - given that such compact models are the best-selling vehicles in the European market right now.

It also seems likely that there will be no major differences between the Renault and Mitsubishi versions of each car, and indeed there may not even be much of a change in styling. The official press release speaks of “differentiations that reflect the Mitsubishi brand’s DNA” but it could be that Mitsubishi is eyeing up Suzuki’s use of rebadged Toyota RAV4 and Corolla models, where the difference between the two really is just a change of badge. Sadly, it seems unlikely that Europe will get the striking new Outlander plugin-hybrid SUV, in spite of it being due for an imminent launch.

According to Takao Kato, chief executive of Mitsubishi Motors: “Mitsubishi Motors has been implementing structural reforms in Europe and our decision to freeze new car development for the European Market, announced in July 2020 in our mid-term business plans, remains. However, the OEM supply agreement will provide us with a solution to offer new products developed and manufactured in Europe - alongside our ongoing after sales business.”

Luca de Meo, Renault’s hard-charging new chief executive, said: “This is what the Alliance is meant for and we are very happy, at Groupe Renault, to contribute to this new step in its history of cooperation.”