Who needs lots of kitchen gadgets? Not these serious cooks

A cooker, chopping boards and a good knife are all some cooks need to work 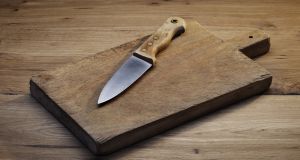 A generation of cooks seems less likely to be dazzled by sleek lines and an Argos catalogue of electronic goods. Photograph: Getty Images 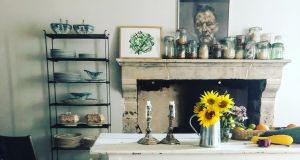 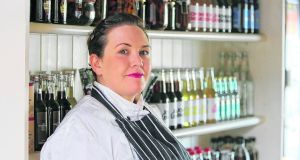 Jess Murphy at Kai Restaurant in Galway: people get ‘obsessed with the cooking shows and think they need restaurant-level space and gadgets to cook.’ Photograph: Hany Marzouk

The future of kitchens looked like a straight trajectory back at Sunday dinner in the 1980s. We were the generation who stepped over the cable for the electric carving knife as dad carved the roast with the newest-fangled kitchen gadget.

The electric carving knife sounded like a buzzsaw and chipped tougher meat into shards. Unhooking two greasy blades and yanking them from the handle was twice the work of washing a regular knife. But it felt like a stepping stone to an easier future. Goodbye knives that needed sharpening, formica tables and presses for the delph. Fitted high-tech kitchens were where we were headed.

Austrian architect Margarete Schütte-Lihotzky is credited as the mother of the fitted kitchen. She designed her Frankfurt Kitchen for Ernst May’s public housing scheme in Frankfurt in 1926. Almost a century later it is a timeless piece of domestic design, a set of painted wooden cupboards, an ingenious cabinet, all of it set into a tiny, narrow space where everything was to hand for the lone cook.

But our love affair with the fitted kitchen stuffed with gadgets is not as solid as it once looked. Chefs are shelving their sous vide machines and coaxing heat instead from Japanese charcoal barbecues.

The only cheffy equipment I own is a mandoline. It’s really small and I bring it everywhere

There’s a fire, stone and wood wave of unplugged hotchpotch kitchens marching over social media feeds. The spirit of make-do and use what you have is a feature of the best of them. Yes, it’s been mainstreamed with consignments of fake pallet furniture to chime with the trend of upcycling. (Note to retailers: shipping new pretend-old stuff from China spectacularly upends the point of upcycling.) But a generation of cooks seems less likely to be dazzled by sleek lines and an Argos catalogue of electronic goods.

Niamh Fox is a chef and mother of a young son. She has a blender in her Ennistymon, Co Clare restaurant Little Fox, but she doesn’t own one at home. Her husband Sam Gleeson makes furniture and knives. What are her kitchen essentials?

“A nice chopping board, Sam’s knives, a grater,” she says. “I used to blend soups but actually I just don’t blend them any more.”

How did they get through the toddler weaning stage in a blender-less kitchen?

“We just use a fork to mash up the food. That’s what my Mum did.

“The only cheffy equipment I own is a mandoline. It’s really small and I bring it everywhere. It just changes the vegetables and you get all these flavours and textures you can’t get without one.”

They inherited an electric hob that cut out whenever there was the slightest spill, so they replaced that with a gas hob. Sam put up some shelves for glasses. And they put up “plenty of hooks to hang stuff up”.

There is one thing she would miss in an entirely unplugged kitchen.

A pared-down space full of useful things is the aesthetic their customers like. Only a third of the people who buy Sam’s knives are chefs. “They come saying, ‘I want to invest in something for my kitchen, a beautiful functional tool that is a joy to use and lasts a lifetime,’” Gleeson says.

He is spooked by the giants such as Ikea that seem to tell us we’re supposed to replace our furniture regularly, almost seasonally. And while the hipster love of handmade stuff may be ripe for ridicule, it has given makers like him a livelihood. There is a growing tribe of home breadmakers happy to buy a beautiful bread board for the price that it takes to make a living from hand-crafting one in sustainable wood.

As technology swallows us whole, does he think our kitchens are becoming a refuge to get away from it?

“Cooking can be very therapeutic. The kitchen’s the easy one for you to do it because you have to eat. It can be as joyful as you want to make it, a lovely way to switch off,” he says.

JR Ryall, head pastry chef at Ballymaloe, believes that the minimal homes aesthetic and the tiny spaces that many people are living in have turned them away from many gadgets.

His essential kit would include a “very good heavy-bottomed saucepan”. He uses a wide, low-sided stainless steel one for everything from jams to fudges. His other piece of kit is a cheap rubber spatula for scraping everything out. “One of these should be mandatory with any house.”

His favourite knife costs under €10 from what he describes as the world’s best cookware shop, E Dehillerin in Paris. Myrtle Allen brought him there on his first visit. The knife is a mushroom paring knife and he buys several every time he visits. They’re also available online. “They push the knife into an old wine cork, wrap it in newspaper and post it to you.”

He is not anti-gadget, and believes an ice-cream maker can be indispensable as long as you like making ice-cream. But the secret at Ballymaloe has been to resist the trends. There is no spiraliser in the back of the cupboards.

I like the aesthetic of bits and pieces. The last time I installed a fitted kitchen was in 2010

Food writer Trish Deseine has just finished kitting out her new kitchen in the village of La Sarthe, two hours west of Paris where she inherited most of the kitchen from the former owner of the house. Instead of fitted shelves, she’s using a brocante find for which she ended up swapping some of her old chairs. They’re a set of deep steel shelves with wheels which came from a florist’s shop. She can use them to store her equipment and also as work surfaces.

“One of my dream kitchens is Hugh Grant’s kitchen in About a Boy. He has an entire shelf with all his appliances on it.”

Her shabby-chic look is going down a bomb on Instagram, but not everyone has loved it. The “man in her life” took one look at her new old shelves and said: “Oh. Scaffolding.”

“I like the aesthetic of bits and pieces. The last time I installed a fitted kitchen was in 2010.”

It’s “terribly tempting” to put in a fitted kitchen when you move into a new place, she says. But it might be better to get a feel for the light and the room and how you might use it. A working kitchen boils down to “a metre length of work surface on the left hand side of the cooker,” she says. Everything else is an added extra. Her best gadget is her mini Magimix. Her worst is a bread maker. It makes “one single loaf and that’s just a loaf of sadness”.

Chef Jess Murphy had her ideas about elaborate kitchens blown away earlier this year when she visited Azraq, a refugee camp in Jordan, “where the most delicious food in the world is being made on a kerosene gas burner.”

She thinks people get “obsessed with the cooking shows and think they need restaurant-level space and gadgets to cook. They don’t.”

A cooker, a hob and a couple of butcher block chopping boards are her basics. Then “a kettle, a Chemex [coffee pot] and a grinder” because with lighter roasted coffees no one needs an espresso machine any more. And home sous vide machines? They’re looking like the electric carving knives of their day.

Sam Gleeson is at thisiswhatido.ie