Make a move to Finglas: An ‘absolute gem of a neighbourhood’

Despite the sprawling nature of this D11 area, locals love its old village feel 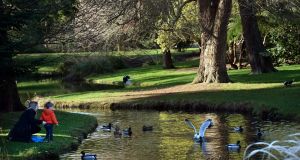 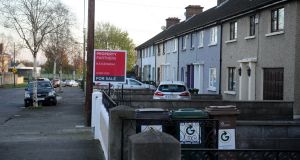 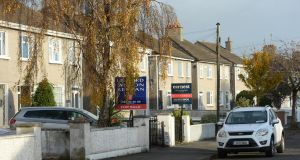 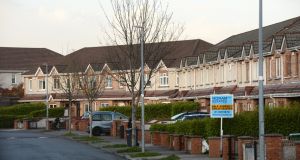 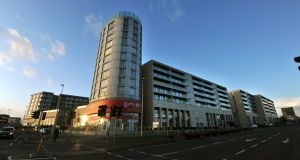 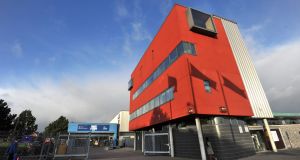 Much like Tallaght, Finglas has grown from a small country village into a sprawling suburb, with as many types of properties, streets and stripes of people as you’re likely to get anywhere. What’s now known as the central village and Finglas East became the area’s first major “hubs”. Building soon moved out to the south and west, while North Finglas and Charlestown are relatively recent additions.

It’s a large spot that borders Ballymun, Glasnevin and Cabra. Its nearness to the M50, not to mention the airport, also makes it hugely accessible. New additions such as the Charlestown shopping centre complement Finglas’s existing array of amenities; among them a large Tesco near Tolka Valley Park, as well as the Aldi and Lidl of St Margaret’s Road (Ikea, of course, is also nearby).

Finglas south has Clearwater Shopping Centre, with grocery stores and other retail outlets. Locals are rightly proud of their annual Halloween and Finglas festivals, organised with help from Dublin City Council. And, despite the diversity in Finglas, not to mention myriad extensive developments, locals still love its old village feel in pockets of its older roads.

From the house-hunter’s point of view, there’s plenty of property on offer: MyHome.ie currently lists 130 properties for sale in the area, ranging in price from €139,950 for a one-bed apartment up to about €385,000 for a refurbished three-bedroom semi with a good garden.

Given its sizeable and growing population, community facilities such as local health centres are struggling to keep up with demand. Some parts of Finglas have received bad press in terms of anti-social behaviour. According to official statistics, Dublin West – which covers suburbs including Blanchardstown and Finglas – had the city’s third-highest crime rate in 2018 (although it was significantly lower than crime in inner city areas, at 539 offences per 10,000 population).

While the local Tidy Towns Historical Society makes a great fist of keeping the village in order, there’s a sense that Finglas village could benefit greatly from an investment boost. And during rush hour, Finglas isn’t quite as easy to move around in, or get out of.

While there has been a lot of development aimed at the first-time buyer market over the last decade, trade-up homes tend to need a good deal of refurbishment to bring them up to standard.

The majority (about 45 per cent) of houses in Finglas were built between 1919 and 1960, according to MyHome.ie research. Most of the housing stock in Finglas is mainly modest terraced homes built in the mid to late 20th century.

Number 149 Griffith Road (€295,000, via Mason Estates Phibsboro) is a three-bed terraced house near Johnstown Park that’s pretty much ready to walk into.

In leafy Finglas east, this three-bed semi-detached home on 41 Beneavin Road (€385,000, via Mason Estates Phibsboro) needs modernising but benefits from a sizeable back garden.

If apartment living is more your style, Premier Square is one of the area’s newer developments, and this two-bed, 69sq m apartment is light and airy (€230,000, via Movehome Estate Agents).

Compared with other parts of Dublin, you stand a better chance of landing a rental property here, as they tend to come up pretty often. The array of different areas means that rent prices can wildly vary. Expect to shell out about €1,500-€1,750 for a well-appointed two-bedroom apartment. House rentals, meanwhile, can cost anything from €1,700-€1,800 for a two-bedroom house, to €2,500 or so for a four-bedroom house.

Aside from the bounty of offerings in the shopping centres, Food Fare (Ashgrove Mall, 3 McKee Avenue) is beloved of locals, and their no-frills breakfasts and filling lunches are well worth the trek. In the village, the Lemon Tree (North Road) is a superb Chinese restaurant that also gets a lot of love from locals. Jamestown Social, opened last year on Séamus Ennis Road, is a cafe/food hall with a great buzz and menu to match. A new addition is Driftwood Coffee on the junction of McKee Road and Clune Road. Serving Upside coffee from Fairview Roastery, it has a village store feel, serves local fruit and veg and is dog-friendly. The Shamrock Lodge on Séamus Ennis Road is one of the area’s most established local pubs. If you fancy a bop, the Full Shilling (66 Main Street) is one of Finglas’s best-known and most popular drinking spots, and hosts karaoke on Wednesdays.

If sport if big in your family, there is plenty here to keep younger kids active. Erin’s Isle GAA has a long list of former Dublin footballers (and a great clubhouse), while Unidare Rugby Club is nearby in Ballymun. GoQuest, an indoor challenge zone on North Road, is a great idea for family weekends.

It’s about half an hour on the bus from the city centre, and Finglas is served by the 9, 17A, 40, 40B, 40D, 83, 140 and 220 route. In some parts such as Scribblestown, Dunsink and Wellmount, the transport links leave plenty to be desired. Broombridge Luas station is about a 15-minute walk from the edge of Finglas. The 88N Nitelink travels from the city through Finglas east, south and west.

“I moved to Finglas in 2017 and was delighted to realise that Finglas residents are salt of the earth. Neighbours look out for each other in an old-fashioned Dublin way; there is fantastic community spirit. Many of the older estates in areas like McKee and Willow Park have beautiful greens where locals walk dogs, chat and kids play football, chasing and build dens. Especially in summer, it feels idyllic. The National Botanic Gardens are a stroll away in Glasnevin and are breathtaking at any time of year. I feel so lucky to have discovered this absolute gem of a neighbourhood!” – Louise May, midwife.

Do you live in Chapelizod? If so, we’d like to hear from you about what it is like to live there. Please email homeanddesign@irishtimes.com