Is it possible to live successfully in two countries? Four people explain how they do it 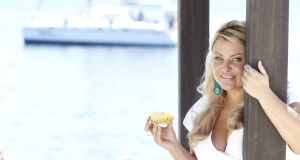 Rozzanne Stevens: “ I’ve sacrificed having the ‘normal’ settled life in exchange for freedom and flexibility.”

Can you live happily and fully in two cities? For some people, dividing their time between Ireland and a second country affords them the best of both worlds. There’s the social surety of home, the psychological boost of warmer climes, and the life-giving joy of getting to know a new language or culture.

We asked four people how they make it all work.

“I moved to Dublin in 1999 as a newly graduated law student, with my Irish fiancee. I decided very early on that if I was going to settle here and make a life for myself that I would have to have the flexibility to visit my family in South Africa,” she recalls. “I’ve settled into a rhythm of four months in Cape Town and eight months in Ireland over a calendar year.

“I feel like I have two homes, even though I’m not settled in the traditional sense in either,” she adds. “Ireland has allowed me to express myself and be a little avant-garde, which I didn’t feel as comfortable with doing in South Africa. Each country has a different place in my heart and I miss the one when I’m in the other. It’s like having two lovers that together make up the perfect whole.”

As to how to it all works Rozanne admits: “Financially, I won’t lie, it is tough. I’ve sacrificed having the ‘normal’ settled life in exchange for freedom and flexibility. Technology has made certain things much cheaper in recent years, such as new and improved ‘pay as you go’ mobile contracts. Her advice to anyone considering living in two countries is to be very organised about what you pay for.

“Have as few subscription services as possible that you can only use in one country, or cancel them for the months that you are out of the country,” she advises. “Get medical insurance that will cover you for both countries.

“Workwise, if you’re working as part of a team and not the lead, agree on a method of communication, deliverables and what date these are to be completed by.

“My most important piece of advice is to embrace, accept and enjoy each country for what it is,” she adds. “Find the things to love. Ditto for your social life. Don’t just stay within your own circle, such as South African/Aussie pubs. Go make friends from all over. And don’t feel obliged to hang out with people just because you were born in the same country.”

Cork and Alba
Cork-born Jack Crotty is the co-founder of NeighbourFood, an online marketplace that enables shopping from local food producers. He divides his time between Cork and Alba in Italy, where he lives with his partner Serena and step-daughter, Ada. When he is at home in Cork, he stays with family, or rents out a room in his former houseshare.

It all started when he began his relationship with Serena.

“Luckily, with the work I do I could build a career that works in both places,” he explains. “In Italy, I work as a consultant with different hospitals to improve the quality of hospital food.”

Crotty tends to do much of his socialising when at home in Cork: “Cork has a nostalgic sense of home but me, but Italy is where my family is so it’s a little but more like home in that sense,” he explains. “Ryanair makes it all possible – I can fly back and forth for less than €50, even if the commute from door to door can be around nine hours.

“There are things that make living in Italy both easy and hard,” Crotty explains. “Italy is not really an English-speaking country so I was forced to learn Italian pretty quickly. I have friends that I have close relationships with who don’t speak English, which is good.

“Because I’m a chef and I get to work with food, Italy has an amazing culture for me. Through food, I found it simple to find ways to engage with people. The learning curve has been crazy, but it goes both ways.

“I have a knowledge and experience from Ireland that’s really useful here, and then a whole mountain of new knowledge that I can use back home in Ireland. Moving to a new country definitely comes with its own set of challenges, but it keeps you fresh. It’s hugely invigorating, for sure.”

“The beauty is the climate,” she enthuses. “It’s so much more outdoorsy, and you’re much more inclined to go on the bike or go walking. It’s the change in your humour when you wake up and the sun is shining, too.

“Basically, what I do is I work pretty hard in Ireland and ‘bank’ up work so that I can go to Portugal. I prefer short bursts of a couple of weeks, rather than be there for long periods.”

“It’s great because there aren’t other things in life pulling at you,” she notes. “When I hit the airport I can breathe – you just seem to get more time in your own head. Yet Sligo is where I want to spend the majority of my time. The only pitfall is if you spend too much time down in Portugal, you can get a little lonely being away from family.

“People think that the cost of living in two places is more expensive, but when you’re in Portugal, you’re just living a much simpler life,” she adds.

“My advice to anyone would be to rent a place for a couple of weeks and really spend time there. For someone who has an empty nest and a big house, it can definitely work. I’ve met Irish people who downsized in Ireland and bought a smaller place in France or Spain, and they really benefit from the two lives.”

Portobello and Paris
Film director/photographer Conor Horgan, who has a home in Portobello, Dublin, went to Paris in 2017 to undertake a two-month residency in the Irish Cultural Centre. Now he spends time in both cities.

“I had no intention of staying in Paris,” he admits. “I had a writing project, and I wanted to move somewhere that was warm and cheap. Of course, Paris is none of the above.”

On combining life in both cities, Horgan says: “The combination of the two places is wonderful. Aside from the intensity and richness of cultural life here in Paris – I get to see world-class photographic exhibitions often – there’s a sense of having a foot in both camps, where you’re not rooted in either one. That quite suits me.

“When I get to Dublin, I will meet 20 people I used to know in the ’80s within 20 minutes. In Paris, there’s an anonymity. That said, I probably have a better social life in Paris than in Dublin, where most of my friends have kids and are coupled up. Paris attracts people like me; the same cultural nomadic types from all over the world.

“There’s something about the seriousness with which they take living well here,” notes Horgan. “I love Dublin, and we go back a long way, but it feels like I’m having a very intense relationship, or have a heavy infatuation, with Paris.

On financially affording life in both cities, Horgan admits that an ad hoc arrangement suits him best for now.

“I rent rooms in my place in Portobello, which pays for my much littler apartment here in Paris, which I sublet,” he explains. “I haven’t engaged much with French bureaucracy, which is apparently horrific. In order to get an apartment here, it’s a horror show of unimaginable proportions. In Ireland, you can kind of get by and finagle your way a lot of the time, but it’s definitely not part of the French psyche.

“The shortest bit of advice I can give is, just do it,” he surmises. “I know people who picked up work here, like a lawyer who got work in an English-speaking law firm. Stay in an Airbnb and get a feel for a place or an arrondissement. There’s nothing that beats just jumping in with both feet. If you embrace the inner adventurousness that got you off the sofa, keep that going.”