A lifetime collection to catch the expert eye at Durrow 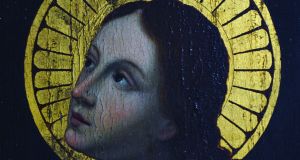 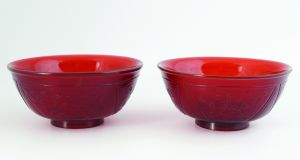 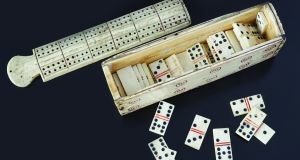 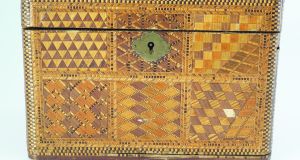 The forthcoming sale by Sheppard’s in Durrow, Co Laois, on March 24th is that of intrepid art collector and auctioneer Tim O’Mahony. Now aged 93, he was a stalwart of the county house auction circuit until his retirement.

The sale, which has in excess of 500 lots, represents the private collection amassed over his lifetime. “Tim O’Mahony’s sharp eye, honed by an intellectual approach and tempered by many decades of refinement, has culminated in a marvellous collection amassed by the drive of his curiosity and intellectual stimulation,” according to auctioneer Philip Sheppard.

“Building this collection has been a tremendous interest and given me very great pleasure. A great many of the pieces have been with me for a very long time now. It is my hope that they will now go on to find new homes, to be appreciated and enjoyed for many years to come,” reflects Mr O’Mahony.

Included are over 100 paintings, the majority of which are from the 18th century. Particularly interesting is the first lot, which is two Italian paintings on wood of women saints from the 16th/17th century (€600-€900).

Modern pieces include the dramatic Profile by Daniel O’Neill, which appears conservatively priced at €4,000-€6,000 given prices achieved at recent sales.

Lot 23 is a Napoleonic prisoner of war domino box. It is estimated that 122,000 French soldiers and sailors were held as prisoner of war across the UK during the Napoleonic wars. The sale of these crafts by men held in camps and depots, which included toys, chess sets and other small items – carved from bone and other materials – meant some of the prisoners took home a considerable amount of monies when they finally returned to France. (€100-€150).

One of the most interesting items among a wealth of global artefacts, including Chinese and Asian work, is a portable secret chalice which tells the story of penal times in Ireland when all religious orders were expelled from the country.

While secular priests were allowed to remain in Ireland, bishops were not, the rationale being that no further priests could be ordained without bishops.

For 222 years it was forbidden by law to practise Catholic Mass in Ireland. While other countries also had penal laws, it appears, they were obeyed. This almost eradicated the religion in Norway and Sweden. However, uniquely for the unflinching Irish, they continued their Catholic devotion at secret Masses at the peril of death.

The chalice, a small simple specimen comes apart into three segments, and can be screwed back together in a different way, where the floor covers the bowl so it does not appear to be a chalice. The little relic from our past (lot 214) which dates from about 1730 is listed with an estimate of €100-€200.

Another item from Ireland’s turbulent history is a 17th century intensely carved Cromwellian oak chair. What makes this piece important is that very few pieces of Irish furniture survive from this period in Irish history, according to Philip Sheppard. (Lot 180, €300-€500).

One piece of furniture from this era to survive in Ireland, and where Cromwell literally left his mark, is in the chancel of St Mary’s Collegiate Church in Youghal, Co Cork,where a bereft Cromwell once gave an emotional eulogy while resting his legs on a large chest.

The heavy scars on the chest are the result of scratches from the spurs of Cromwell’s boots while he openly shed tears at the funeral of a trusted lieutenant. sheppards.ie