New Year’s resolutions for migrants and emigrants: Say how you really feel 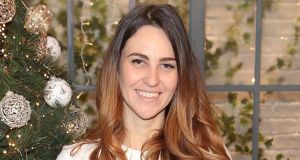 Brianna Parkins: When you live very far away your loved ones want to protect you, but that only works until you step on to the driveway back home

I was asked to write about New Year’s resolutions. I said I would do it on the plane back to Australia. That was a lie. Planes are not for writing about mindfulness and going to the gym. They are for fighting for armrests and trying to beat the Australia cricket team’s record for the most cans drunk from Dublin to Sydney (52).

The plane is packed with migrants like me who have travelled for 24 hours in what is essentially a big waiting room in the sky, watching Pretty Woman for the 50th time and breathing in recycled farts just to get home to the people we love.

I live in Ireland, but I’m writing this from New South Wales, where a state of emergency has been declared. The needles on the fire-danger signs on the way into towns have been shifted from Extreme to Catastrophic.

My father picks me up from the airport still in his firefighter’s uniform; he pays for parking – ‘twentybloodydollars’ – and comes in to meet me. This is how I know I have been missed

If we had one of those in our house it would go from Caution to Danger when I found out there is a “wrong way” of putting the washing-up back in the cupboards. (Glasses go lip up, not lip down, apparently.) I put on a new bikini; mum bans it at any family pool gatherings. That’s how I know it looks good. Dad declares, “Where’s the rest of it?” I wear it anyway, in retaliation for references to my job as a TV presenter for Virgin Media, such as “You do this weird thing with your eyebrows when you’re on telly.”

My father is a firefighter; he comes home only to sleep, shower and yell at anyone who tries to change the news he is watching while also being asleep. He picks me up from the airport still in his uniform; he pays for parking – “twentybloodydollars” – and comes into the arrivals hall to meet me. This is how I know I have been missed.

We watch more news. The lead story is that two firefighters have been killed at a fireground close by. Mates who became dads within days of each other; their babies are not yet a year old.

Over spuds that I have cooked – a very big exercise in trust and a peace offering on my mother’s part – I am told that my aunt can’t get feed for her drought-starved cattle; the state has sold out of it. She is running out of water; her in-laws are buying them enough to have showers for Christmas Day.

My uncle’s house is in the path of fires while he is out saving others’ homes as a volunteer firefighter. My grandfather is very sick; he was in hospital. No one wanted to tell me before I got on a 24-hour flight.

When you live very far away your loved ones want to protect you, but that only works until you step on to the driveway.

Perhaps because of everything I’ve just written, when I think about the new year and resolutions I don’t want to write about the gym.

Instead I’ve written resolutions for emigrants and immigrants. For ones like me, living in Ireland, and for others who are abroad, missing it – for all of us away from home, cursing those dodgy FaceTime connections and wondering what is going on that nobody back home is telling us.

1. Your stuff is not other people’s responsibility

Packing your life into two suitcases means a lot gets left behind. I sent mine off to my parents. I came back and it wasn’t there. “Oh, I threw out the rubbish,” said Mum. She had thrown out clothes, jewellery, love letters and photographs of friends who have died.

She did, however, manage to hold on to several hotel pens. “They’re useful. Good pens are always handy.” I could not argue with her there. A good hotel pen is very useful.

But as I write this I have no tops and three ball gowns, which is not very useful for wearing down the shops. My poor ex packed off all my stuff to my parents. “I put duct tape around the boxes so your mum wouldn’t go through them.” I should point out that he isn’t wilfully stupid. He’s just not Irish.

As I watch other families lose entire houses I am grateful for what I have left. Also, Mum was right about one pair of shorts I salvaged from the bin: they are too short, too tight and a yeast infection waiting to happen

His mum is lovely and Australian and respects boundaries. He was allowed to have girls over at 16 sleeping in the same bed and has never felt Catholic guilt once. This is probably why we split up.

This year I will not row with Lorraine, my mum, not over the ripped-apart boxes. I will ignore the fact that she threw out my things and won’t take more because she has no room for “clutter” but has room for multiple decorative miniature teacups.

Also my brother’s football trophies and a cabinet of commemorative Franklin Mint plates. Thankfully, none is Princess Diana related. We are Team Camilla in this house, thank you.

My dresses might be gone, but there are fresh sheets on the bed, plus new towels and a new nightie ready to welcome me home. You don’t come home to visit stuff; you come home to visit people. As I watch other families lose entire houses I am grateful for what I have left. Also, Mum was right about one pair of shorts I salvaged from the bin: they are too short, too tight and a yeast infection waiting to happen.

2. Stop comparing life here and there

Yes, in Australia you can wear shorts that are basically denim underwear without a sideways glance. But you also don’t get girls coming up to you saying how much they love your top.

If you ever need anything, head to the bathroom at a bar on Camden Street in Dublin. There’s a legion of girls willing to give you anything: compliments, bobbins, life advice. I miss free healthcare, anonymity and public transport that doesn’t have me tweeting passive aggressively at Dublin Bus every day.

But when I’m home in Australia I miss the chats in Ireland with taxi drivers, music in pubs and the snug at the Lord Edward. I choose to live between both places, but that doesn’t mean either one is less than home. I stole this advice from my friend Pete, a former Kilkenny hurler living in Australia for 20-plus years. “Stop seeing what costs less or what costs more. You’re here or there now. Just live it.”

I suffer from coming from dual cultures of not talking about things. “We’re right, no worries,” says my friend as he watches the fires lick at the back of his farm. “I’m grand,” says my best friend whose mother died. When you live away, chasing your dreams, you’re not allowed to say that, actually, sometimes it’s a bit shit.

This is the country of not telling people you like them. You just vaguely turn up to the same disco they’re going to be in for years and hope they shift you. If they don’t, you just marry someone else or become a nun

When it comes to romantic feelings, Ireland is particularly bad for this. This is the country of not telling people you like them. From what I gathered you just vaguely turn up to the same disco or nightclub they’re going to be in for years and hope they shift you. If they don’t, you just marry someone else or become a nun, I think. But life is too short and painful and sad not to be shifting the person you want to be shifting.

Tell them – and if it doesn’t work, well, there’s plenty of room here in Australia. And don’t join a gym. Bugger that.