Jennifer O'Connell: We need to stop talking about women’s ‘emotional labour’ at Christmas

A lot of what needs to be done at this time of year isn’t emotional labour; it’s just labour 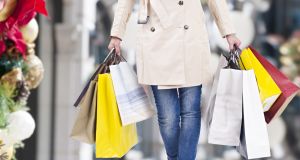 Whether by accident, or by dint of socialisation, most of the planning, shopping and the writing of to-do lists falls to me. Photograph: iStock

“I don’t think Mrs Claus gets nearly enough credit,” one of my children said a year or two ago, when he was old enough to start being a bit more knowing about these things. Mrs Claus may have seen to it that there was an extra packet of chocolate coins in his stocking for that one.

Of course, it’s not just Mrs Claus whose heroic efforts at this time of year tend to go unnoticed and mostly uncelebrated, while her hirsute other half shoots down the chimney at the 11th hour, nabbing all the credit, along with the glass of whiskey and the plate of Jaffa Cakes left under the tree.

It’s all the women whose month of December is being spent in much the same manner as it has since they became parents. That is to say, it’s being spent decorating, shopping, ordering, wrapping, cleaning and planning. It is being spent deftly managing tricky relationships, remembering the tea towel for the nativity play, issuing invites and replying to them, and putting the right names on the teachers’ cards.

Around this time every year, a batch of surveys come along to illustrate the seasonal stress gap between men and women. Last year, there was one by a shelving company that was published in a certain red-top newspaper, which found that British men spend 11 hours over the Christmas holidays hiding from their families, with one in 10 claiming they had to “catch up on work”, and five per cent faking a stomach bug as a cover story.

I’m not sure these men really exist in large numbers anymore outside the pages of the tabloids. Thankfully, most of the men I know in heterosexual relationships are fully committed partners and, if they have children, hands-on parents. Many of them are competent, enthusiastic cooks, just as prepared to clean a bathroom as they are to assemble a Frozen 2 Arendelle Castle in the dark at 2am. Still, what has come to be known as the “emotional labour” of Christmas remains largely the preserve of women.

The term was originally derived by sociologist Arlie Hochschild in 1983, and it meant something quite specific – the burden of managing your own emotions while at work. Emotional labour, Hochschild suggested, was particularly relevant to certain professions, including teaching, childcare, working on airlines. But the concept has since expanded to embrace just about anything women do that the men in their lives typically don’t notice.

As useful as the term can be, I think we should stop employing it in the context of Christmas. A lot of what needs to be done at this time of year isn’t emotional labour; it’s just labour. It may be a slightly more enchanted version of the slog, graft and toil than we do the rest of the year, but it’s still slog, graft and toil, with the added stress of trying to make this year’s The Best One Ever.

My own version of it starts in early November and – since I’m lucky enough to be married to an exceptionally good cook who also quite likes doing the Big Shop – stops early on Christmas Eve. At that point, I declare myself off duty, and he takes over. (I’m lucky, as I said. I know this. He knows it too. This year, we celebrated our 24th anniversary of people telling us both how lucky I am.)

So this year, when we’re putting out the whiskey and the Jaffa Cakes for Santa, and the carrot for Rudolph, we’ll be putting out a little something for Mrs Claus too. I think she’d appreciate a voucher for an expensive facial.

But for those previous six or so weeks, whether by accident, or by dint of socialisation, most of it falls to me – the planning and shopping and the writing of to-do lists that seem to get longer and more unlikely as the days roll on, until eventually they read like a secret mission assigned to Varys in Game of Thrones (“find a Yokai watch 3” or “source Super PAWs Mighty Jet Command Centre”.) Come Christmas Eve, he’s usually as thrilled and surprised as the children. No one has ever told my husband how lucky he is to have me to do all this. I presume that’s because society assumes this is just what mothers do.

He takes the view that I do all of this because I’m so much better at it. And he’s right. I am. But years of practice will do that for you. I wasn’t born better.

Don’t get me wrong – it’s not that I don’t enjoy it, or quite a lot of it anyway. Few things make me happier than making my children happy, though it would make me happier still if I wasn’t trying to juggle it with the demands of a full-time job. And that’s really the problem here. The changing nature of work and society means both men and women have had to adjust their expectations of how much they should contribute to the family finances and the domestic load. But, in many cases, women have had to adjust an awful lot faster and more dramatically than men.

So this year, when we’re putting out the whiskey and the Jaffa Cakes for Santa, and the carrot for Rudolph, we’ll be putting out a little something for Mrs Claus too. I think she’d appreciate a voucher for an expensive facial.