The Mandalorian does an excellent job of living up to expectations 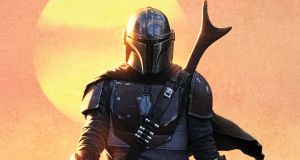 The Mandalorian begins five years after Return of the Jedi

Ever since Jar Jar Binks and George Lucas’ terrible prequels trilogy, Star Wars devotees have greeted each new chapter of their beloved intergalactic saga with rising trepidation. The low point came two years ago with The Last Jedi. Here was a Star Wars movie that detested Star Wars, and Star Wars fans even more. Was it a coincidence, we wondered, that “Disney” and “Dark Side” started with the same letter?

But the House of Mouse’s stewardship of the franchise may have finally turned a corner with The Mandalorian, the flagship show from the newly-launched Disney + streaming service. And its first episode does an excellent job of living up to expectations.

As you may be aware but are possibly embarrassed to admit knowing, the Mandalorians are an order of intergalactic bounty hunters that counts Boba Fett as a mamber. He died in Return of the Jedi (actually at time of writing he is still being digested by the Sarlacc). Fortunately for galaxy-wide law enforcement, his colleagues are still in the bounty hunting business.

Following in his clanging footsteps is “The Mandalorian” (unlike Boba he can’t be bothered with a name). He is played by Pedro Pascal from Game of Thrones. This is ironic as Game of Thrones became a sensation when one of its lead characters lost their head early on. Whereas in part one of the Mandalorian the one thing we don’t see is Pascal’s, sheathed as it is under a helmet the entire time.

The story is straightforward, but in the satisfying manner of the Westerns and Samurai movies on which show-runner Jon Favreau (Iron Man, The Lion King) has modelled The Mandalorian. The action begins five years after Return of the Jedi and the destruction of the evil Galactic Empire by Luke Skywalker, Princess Leia and an army of feral teddy bears.

So the Sith have been canned. Yet in dusty corners of the cosmos, some still cling to the old ways. Enter the Client, a frustrated Imperialist who retains four beaten-up Storm Troopers as his personal guard (he is played by art-house director Werner Herzog who has of course never watched a Star Wars movie). He hires the Mandalorian to bring in or, if necessary, terminate a “50-year old” person of interest.

Quicker than you can say “Midi-chlorians” our monosyllabic anti-hero is hopscotching across space in his stylishly beaten-up ship (still, it’s no Slave 1). He has a run in with Nick Nolte voicing a Space Pig – this is true – before striking up an alliance with an execution droid portrayed by Thor: Ragnarok’s Taika Waititi.

It’s tremendous fun – brisk, with tightly-edited action scenes and a dingy sensibility reminiscent of the original 1970s Star Wars (which were all the better for being put together on a relative shoe-string budget and filmed in a freezing shed in west London). The pilot also packs a surprise at the end, as the target turns out to be a cutesy infant version of Jedi Master Yoda. Disney + releases a second episode this Friday.

There are issues, including a running time of just 39 minutes and rather sparse dialogue. Nonetheless, The Mandalorian is pacy and, more importantly, it feels like Star Wars. It isn’t in the same league as Empire Strikes Back or the first half of Return of the Jedi. But it is pretty good. And for long-suffering Star Wars fans pretty good is just fine.