More pranks and drama at Team 10 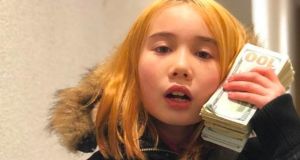 For those of you who are under 18 – or reading this from the future when Logan Paul is President for Life of The YouTube States Of LOLmerica – it might seem preposterous that anyone would need a primer on the current goings on in YouTube land, or the drama and upheaval affecting some of its biggest stars. But it’s also important for parents, or merely anyone over 18, to know what’s going down with the people who are the screaming, prank-loving equivalent to The Beatles, if only so you can mortify your children by mispronouncing their names.

This week it’s all drama at Team 10, the cult-like coterie of content creators had mostly bounced back from Logan Paul’s suicide forest video, and even rode out the wave of opprobrium that came in the wake of his decision to – sigh – tase some rats the following month. This month, however, saw Nick Crompton, Drake Rehfeld and half-man, half law-firm Chance Sutton leave the group, due to an entirely new Paul; Jake and Logan’s dad Greg.

Delightfully, the elder Paul appears hell-bent on imploding the most lucrative YouTube channel on earth, merely by being singularly unpleasant. In between tweeting asinine business tips, The Verge report he has taken to monitoring other members of Team 10, calling them four letter words, sacking staffers to save costs, and generally being awful, which is bad news for their hundreds of millions of fans, if good news for society generally.

“I knew my dad would have my best interest at heart,” Logan said, wearing the well-worn expression of any teenager who’s regretted inviting their dad to the party.

Still, it could be worse, as Angela Tian discovered this week. Tian is the mother of Lil Tay, the caustic nine-year-old YouTuber, and this week got sacked from her real estate job, on the grounds that she brought disrepute to her firm. If you have ever dealt with a real estate agent, you’ll know that is a damning indictment indeed.

“Our firm does not condone this type of behavior and has no place for this in our business,” said the outraged realtors, referring to her daughter’s crass, abusive and weird antics, such as getting into Instagram beefs, swearing at rappers and throwing hundred dollar bills in Jake Paul’s face.

The self-proclaimed “youngest flexer of the century” has not yet issued a statement, but expect it to be light on detail, and heavy on flex. Meanwhile, if nothing else, this week’s events should convince parents that, while it’s wise to monitor what your children do on the internet, you really should try your best not to get involved yourself.