Now is the time for Emmett J Scanlan 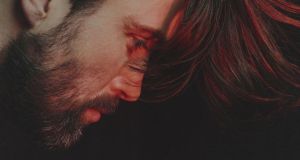 Emmett J Scanlan: ‘It feels like I’ve been doing more material that really makes me salivate’

It’s been eight years since Emmett J Scanlan starred in Charlie Casanova, Terry McMahon’s film about a sociopath who decides his life by the draw of the cards. It’s also eight years since he left Dublin to seek his fortunes in London, and since he began his signature stint in UK teen soap Hollyoaks as the much-loved baddie of Brendan Brady. If 2010 was a watershed year for him, 2018 is another.

“I’ve been very fortuitous; I’ve been able to go from job to job, I’ve been able to work across mediums, I met my beautiful wife here, we got married in New York. And it feels these last 12 months have been my most successful yet,” Emmett (39) says. “Of course, it’s all relative, but it feels like I’ve been doing more material that really makes me salivate. It’s a sublime time.”

His satisfaction is deserved, proved by the very fact we meet post-lunch in London to discuss his next appearance, in Netflix’s new original Safe. It continues in the current wave of tense dramas playing into the parent’s-worst-nightmare scenario of a missing child – it’s proved an effective emotional pull for the likes of Save Me, Stranger Things and The Missing, and Safe is no different. This time, the mystery takes place in a well-to-do gated community in England, which shines an unwelcome light on each of its residents. Led by single father Michael C Hall, of Dexter and Six Feet Under fame (who adopts a perfect British accent for the role), Emmett’s character is the down-and-out father Josh Mason.

I don’t think Josh Mason was written to be Irish. I think they saw my audition and that was it. There was nothing pre-meditated about it

In the eight-parter, he lives in a caravan in front of the house of his ex-wife Sophie, played by Sherlock’s Amanda Abbington, and drinks a lot “to lessen the difference between himself and everyone else’s character, to deaden the pain”. There’s comparisons to be made with Barry Ward’s character of Leslie in It’s the End of the F**king World – he’s another Irish deadbeat dad with a substance problem. Not that Emmett sees Josh as a trope: “I don’t think Josh Mason was written to be Irish, I think they saw my audition and that was it. There was nothing pre-meditated about it.”

And fittingly, the premise of Safe is to look behind surface impressions of the neighbours.

“What Michael C Hall’s character discovers is that he doesn’t know these people as well as he thought. He unearths secrets of the people around him, and character’s lives are interwoven and there’s twists and turns,” Emmett explains.

It’s the first of two potentially game-changing roles he plays this year. In a few months, we’ll see him star as another father in Butterfly. In this ITV mini-series, he and Anna Friel play the separated parents of an 11-year-old girl in a boy’s body (Callum Booth-Ford), who hold different opinions on how to support their child. Amy Huberman is another cast member. As a topic that rarely gets airtime on primetime telly, it’s bound to cause discussion. But he’s confident that it will make for compulsive viewing.

“I jumped at the opportunity because the material was so relevant and so well-written,” he says of the project, penned by The Secret Agent writer Tony Marten. “I read all the episodes in one sitting, and I broke down at a couple of parts. It puts an ordinary family in an extraordinary situation.

“Working opposite Anna Friel was a joy,” he continues. “She’s a wildly passionate human being. Apart from being a beautiful person inside and out, she’s a stunning actress both on set and in the lens.

“Of course, I’m aware that the story holds a sensitive topic and needs to be treated with the utmost honesty and care, and believe we did that. I hope it excites the public. I’m honoured to be part of it.”

By the sounds of it, it’s a role with impressive gravitas, the type to notch an actor up a league or two if done well. For Emmett, it comes at the right time, after a slow and steady rise since he was first turned on to acting as a Belvedere boy, with a part in the school production of Joseph and the Technicolor Dreamcoat (he played the butler, had four solo lines, and recites them in front of me today).

A son of a property developer father and Montessori owner mother, Emmett had a comfortable childhood, growing up first in Marino then Clontarf.

“The only problem was that I had too much energy and destroyed everything around me – my parents nicknamed me ‘the Tasmanian Devil’,” he says. “There was a point where no one would babysit me and my sister. I got into trouble a few times, which continued on into my 20s.”

When he decided he wanted to become an actor, his mother made him a deal: they’d support him in his dreams, if he completed a degree first. So he studied history and sociology in Maynooth, and they sustained him while he broke into television, most notably with a recurring role in The Clinic.

A year later, he’d filmed Charlie Casanova, and decamped to the UK to play the bad boy role of Brendan Brady in Channel 4 teen soap Hollyoaks, complete with Charlie’s moustache. He has it tattooed on his finger, and further down his hand, there’s the Ace of Spades, the card that Brendan throws at the end of his tenure.

“I recognise that Hollyoaks was a very important part of my life emotionally, transformatively, and on a personal level,” he reflects. “It had the most impact because it put me in the public eye. I had no idea the response was going to get.”

Turns out his portrayal injected some edge into the show; he won a British Soap Award every year he aired on Hollyoaks, from Best Newcomer to Forbidden Lovers Award, for his destructive relationship with telly boyfriend Kieron Richardson, who played Ste Hay.

“But here’s only so long you can stay there and then you run the risk of running the same storylines with different characters,” he says, explaining his decision to leave after 360 episodes. “You can also get too comfortable and I needed to feel the fear again. The producers were very accommodating of it; I tried to pitch my death but they weren’t having any of it.”

It wasn’t all smooth sailing; after appearing in The Fall he went to the States to sniff around, and came back with a small part in Guardians of the Galaxy and little else. He won’t discuss the near-misses he’s had except to say “the ‘no’s make you who you are”.

“Many actors don’t like auditions but I hate them,” he adds. “One of the things I find difficult is after the audition, there’s silence. You don’t find out if you did a good job or not, but feedback is like oxygen. But I’ve learnt to make the silence my friend, to understand it as a call to try harder and fight harder.”

I lucked out with Kayla. She taught me how to live inside my imagination, and sometimes we lose that

Alongside his career rise, his family life has come together too. He married his Hollyoaks co-star Claire Cooper in 2015, completing a family that includes his teenage daughter Kayla, from a previous relationship during his college years.

“I lucked out with Kayla,” he says, visibly enthusiastic. “She taught me how to live inside my imagination and sometimes we lose that. Christmases stop becoming magic, family get-togethers start becoming tiresome. The wonder that a child finds in the simplest things helped me dramatically. She taught me how to be a better actor.”

As if to prove his point, his flurry of activity is completed by Kay Mellor’s Girlfriends and, in the near future, the movies The Jester from Transylvania and Lapwing. The latter is “an intense thriller set in a remote salt-farming community centred on a young mute girl named Patience – played by Anna Douglas – and the community’s dangerous patriarch David played by myself, where the salt famers offer refuge to an Egyptian family.”

Certainly, it all bodes well. But I wonder, as an actor who’s played roles of different categories and magnitude, and who’s arguably in a stronger position to steer that ship now, what is his end goal. He takes a moment to consider this, before replying.

“I have this watch that’s specially made in Switzerland, ” he says. “Everything about it looks like a watch. For all intents and purposes, it is a watch. The only difference between my watch another watch is that there are no hands, and written across the face is the word ‘now’. That’s the only thing that matters to me.”

If that philosophy’s got him this far, there’s not one reason in the world to change it.

Safe is streaming on Netflix