Stand-in presenter shows her strengths while spinning out sparse material, as Jonathan Healy hears of heroic resistance to a hellish situation 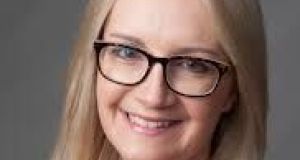 Maggie Doyle, stand-in host on the Ryan Tubridy Show, fails to curry favour with Tubridy and his fans over Paul McCartney.

The job of replacement radio presenter is a tricky one. On one hand, you need to differentiate yourself from the normal host in order to leave an impression on the audience; on the other, you don’t want to alienate regular listeners or, indeed, the slot’s usual resident. So the good news for Maggie Doyle, stand-in host on the Ryan Tubridy Show (RTÉ Radio 1, weekdays), is that she scores highly on the former metric. The bad news is that when it comes to currying favour with Tubridy and his fans, she could do better.

During Wednesday morning’s news round-up, Doyle remarks on a story about one of Tubridy’s heroes, Paul McCartney, who reportedly needs his memory jogged when performing old Beatles songs.

“I understand that criticising Sir Paul McCartney while sitting in this particular chair is not something that people might be happy with – I’m thinking of Ryan,” Doyle says, a superfluous exercise for the regular audience, given Tubridy name-checks the singer almost as much as he does JFK. But still she persists. “I would say, Macca, just give it up, we’ve got them all on CD.”

It seems less like professional hari-kari than half-hearted trolling, attempting to create a raindrop-sized ripple of controversy. One sympathises with Doyle’s urge to liven things up, however. Not only has Tubridy gone on holiday, he seems to have taken everyone else with him, with Doyle’s guests forming a veritable “Who’s That” of Irish life.

To be fair, Doyle’s interviewees are invited on for their expertise and experience rather than name recognition, while the host draws out their stories without sensationalism or sentimentality.

On Wednesday, she talks to former garda Brendan Doyle about becoming affected by insomnia and panic attacks after a knife attack, to the point of wanting to take his own life, only to find a way back by returning to his unlikely teenage sport of skeleton bobsledding. It’s an engaging, offbeat tale, recounted with brisk clarity, the host’s unfussy style aided by the procedural mindset of her ex-guard guest.

Meanwhile, Tuesday’s discussion with family therapist Brian O’Sullivan about “parental alienation” not only shows off Doyle’s command of material, but also her ability to spin it out. O’Sullivan outlines the upsetting phenomenon where a child turns against one parent after divorce or separation, which he says can result in a bewildering number of harmful effects in later life.

“Clinical anxiety, depression, fractured relationships, dysfunctional attachments, alcohol and substance abuse, suicidal ideation, self-harming behaviour, academic underachievement, premature sexual activity, the list goes on and on,” O’Sullivan says, though it’s hard to imagine how many more maladies there could be.

“That’s a fairly exhaustive list,” Doyle agrees, sounding slightly floored herself. Such unintentionally tragicomic moments aside, it’s an illuminating conversation about an overlooked but charged subject, judging by the texts it elicits. That the item lasts nearly half an hour underlines another of Doyle’s assets: her ability to fill airtime during the slow summer season.

She has other qualities too, of course. After flubbing the date on Wednesday’s show – “It’s the last day of August, the 31st of July” – the presenter rescues the situation with unflustered self-deprecation.

She’s not without her own stylistic tics: she informs listeners she used to work in England three times in 10 minutes, surpassing even Tubridy’s McCartney reference rate. But there is a purpose to this. Doyle recounts meeting asylum seekers who had made their way to Kent from the notorious Calais “jungle”. Such recollections make one wish Doyle had the opportunity to sink her teeth into more substantial subjects than ageing Beatles.

Elsewhere, Jonathan Healy comfortably settles back into his regular stand-in gig on the Pat Kenny Show (Newstalk, weekdays), confidently handling items and editorialising so robustly that you’d think the slot carried his name.

Brexit is a particular bugbear, with Healy regularly berating the messianic fervour of Borish Johnson’s administration. “Ideology is never a good starting point,” he says, a seemingly reasonable proposition that prompts substantial pushback from a texter.

But if Newstalk’s contrarian image, as personified by Ivan Yates, attracts a certain strand of disenchanted listener, it also gives Healy the platform to air his own brand of sensible indignation. (That said, Irish Times journalists remain verboten on the station.)

Healy’s real strength is his versatility, whether handling current affairs or harrowing true life stories. The latter takes the form of an interview with Sharon, a Co Tyrone woman, whose life has taken a hellish turn since being sucked into a gang feud through no fault of her own.

Sharon recounts receiving threatening messages for no reason other than knowing someone in dispute with a Dublin gangster. This soon escalates, with her house being shot up twice in a month: the second time, she narrowly misses being hit by a hail of bullets fired into her bedroom. It’s truly nightmarish, but such is Sharon’s heroically no-nonsense personality that her reaction is one of outrage.

“How dare somebody try to kill us in our own home,” she says, her anger palpable. Naturally, she is worried too, not least for her three children, but this only reaffirms her conviction to speak out rather than be cowed. “I have no choice,” she says. “Cowards come and shoot people in the middle of the night and I’m not a coward.”

Sharon’s testimony is so powerful that Healy wisely takes a largely hands-off approach. But he knows the wider significance of her tale. “This used to be big news, but now we’ve become accustomed to it,” he says of Sharon’s ordeal. “There are thousands of people suffering at the hands of gangs who think they have control.” Healy knows that, for Sharon, “take back control” is more than an empty slogan.

Radio Moment of the Week: Sticking to the point

Appropriate really, given how cattle graze. Of course, it would be worse if the Government had banned aid.