Inside the Secret World of Incels: Misogyny, murder and cowardice

Review: This alarming film vindicates the stereotype of the awkward, seething outcast 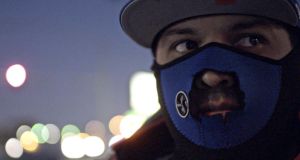 Inside the Secret World of Incels: Catfishman poses online as a male model and then ambushes women who have agreed to meet him for dates. Photograph: Simon Rawles/BBC

INSIDE THE SECRET WORLD OF INCELS

BBC One
★★★★☆
The first the world at large heard of incels was when a 25-year-old named Alek Minassian drove a van into pedestrians in Toronto, in Canada, in April 2018, killing 10 people.

“The Incel Rebellion has already begun!” he had proclaimed on Facebook shortly before the attack. The same posting namechecked Elliot Rodger, who, in 2014, had targeted women in a mass shooting in California.

Rodger has become a posthumous figurehead for dangerous loners such as Minassian. The worrying message conveyed by Inside the Secret World of Incels is that neither is an isolated case.

‘Incel’ is internet slang for ‘involuntary celibate’. Usually it refers to young men whose sexual frustrations, heightened by emotional instability or mental illness, develop into a dangerous misogyny

“Incel” is internet slang for “involuntary celibate”. Usually it refers to young men whose sexual frustrations, heightened by emotional instability or mental illness, develop into a dangerous misogyny. Many believe they are “owed” intimacy. Often they hate romantically successful men as much as the women they feel rejected by.

The stereotype of the awkward outcast seething in isolation is largely vindicated by this efficient, if deeply alarming, BBC documentary. We meet the loathsome “Catfishman”. A woman-hating freak, he poses online as a male model and then ambushes women who have agreed to meet him for dates.

He’s a coward as well as a woman-hater, hiding behind a mask that makes him look like a pathetic parody of Bane, from Batman. It comes as no surprise to learn he has a history of domestic violence, serving jail time for beating up his ex-girlfriend.

“I’m not killing them,” he said, asked whether he empathises with Rodger. “I’m just exposing them.”

Decades ago, people such as Catfishman might have stewed in solitude. Today the internet, with its dozens of incel message boards, allows their vituperative ideas to go viral.

Matt, who seems sweet and grounded and vents his frustrations by singing Billy Joel songs at karaoke nights, offers the contrary view that forums can be supportive. He insists you can identify as an incel without being a woman-hating psychopath. (He steers clear of sites that push a misogynist agenda.)

Matt comes across as essentially normal. A bit dorky, perhaps, and probably versed in the differences between Dungeons & Dragons and Magic: The Gathering, but universes removed from Rodger and Catfishman – to the extent that it’s not entirely clear what he’s doing in the same documentary.

Riding through the city like Elliot Rodger / Can’t stop me now / Bitch, you ain’t no bullet dodger

Closer to home, we meet the Co Down YouTuber James, a “kissless, hugless, handholdless virgin”. His body and face are pockmarked with steroid-abuse sores. And though now reformed, and open about his struggles, he admits to a dark past as a disciple of Rodger. We hear an atrocious rap paean he wrote to the killer. “Riding through the city like Elliot Rodger / Can’t stop me now / Bitch, you ain’t no bullet dodger.”

The documentary also confronts the human price of incels and their ugly credo. “This guy who killed my daughter is gone,” says the father of Katherine Cooper, one of Rodger’s victims. “He doesn’t feel a damned thing. We feel it every day.”