Reality TV: these superstar wannabes work hard to bring us a fleeting glimpse of glamour 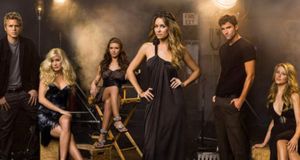 The Hills are alive to the artistic possibilities of reality TV

Nowadays television has become the space of the supercilious. Those who binge on the latest complex dramas in a gluttonous fury, gorging themselves on anti-hero propaganda while millions are in thrall to a fantasy world of soft-porn incest and CGI dragons. TV has become a scorecard: shows to be consumed and digested rapidly, ticked off like an everyday “to-do” list. Which is why reality TV can be such a pleasure. It reminds us that TV doesn’t have to be some overwrought puzzle to solve to be worthy of our time. It can’t all be a diet of sombre German dramas or endless examinations of our national guilt and emotional poverty. There is enjoyment to be found in the escapism that reality television at its finest can offer, as proven by the collective summer madness brought on by the sight of the sunburned sweethearts on Love Island.

TOWIE and Made in Chelsea have evolved into soaps for the social media generation. As the cast partly create their own stories, the lines between fact and fiction are now completely blurred, which makes for a unique kind of reality, a sort of structured netherworld. These shows have gifted us stars such as Gemma Collins and the salty pirate himself, Pete Wicks, as well as the ever-positive Proudlock and cheeky Jamie Laing. They and other cast members from shows like Geordie Shore have invented a whole new class of celebrity: those who will do the jobs the “A” list turn their pert noses up at.

This collection of scrappy wannabes attend nightclub appearances, sell teeth-whitening kits, have unfortunate showmances with people like Calum Best. They exist to fill the pages of OK! magazine and the Daily Mail’s Sidebar of Shame. They fulfil our quotient of mindless gossip and for that we vilify them. They may be called lowbrow attention-seekers but are they any different from Andy Warhol’s Factory superstars? Legends in their own lunchtime, trying to scam a fast buck before disappearing into obscurity.

Reality television is regularly dismissed for its vulgarity, its sticky allure and apparent cheapness

Those who are in love with the glow of the spotlight will always attempt to remain there. Which means there is a strange comfort in knowing that, in this ever-changing world, full of anxiety and uncertainty, Kim Kardashian will invariably be sitting at a marble countertop, picking at a big salad whilst verbally assassinating one of her family. Watching the glamorous vacuity of the lives of the Kardashians is akin to observing the court of Louis XVI, as these modern-day Marie Antoinettes snap up sports cars and designer clothes with an indifferent shrug. Netflix shelled out an obscene amount to try to capture the essence of the conniving Medicis in their drama series, but who needs all that faffing about in Florence when something equally sumptuous and scandalous is happening on E!?

For those who argue about the destructive nature of reality television, there is the brilliance of RuPaul’s Drag Race. A show that has pushed its way into the mainstream over the past decade to become an Emmy award-winning cultural phenomenon, a groundbreaking look at aspects of LGBTQ lives that were not given the attention elsewhere, its significant sociological value and importance cannot be understated. Discussions about conversion therapy, trans rights, racism and homophobia are had openly, as breastplates are being affixed to chests and wigs adjusted.

Reality television is regularly dismissed for its vulgarity, its sticky allure and apparent cheapness. Cheap thrills are necessary in mundane life, but there is nothing tacky about MTV’s The Hills. This summer MTV will once again return to the hit show that felt almost melancholic in its depiction of its blank young stars. It created its own vernacular with stunning cinematography and masterful editing, full of wistful Truffaut-style pauses and lingering eye contact. To succumb to The Hills was to accept that reality television could be art.