The Meming of Life: Is it time the internet embraced its ephemeral nature?

We’re joining MySpace and Bebo in the online void, but deletion may not be a bad thing 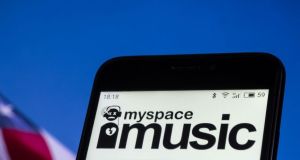 MySpace announced last month that, during a server migration, they’d accidentally deleted every single song and document uploaded to its servers between 2003 and 2015

It’s time for this column to find its place in the online void, as another healthy reminder that the internet’s culture was built to be ephemeral; flotsam and jetsam made for skimmed glances, rather than a constant, steady gaze. It’s not to be minded. Whole tranches of new media like Snapchat have included this trait in as a feature, not a bug. This week, the latest branding for matchmaking app Hinge declared it “the dating app designed to be deleted”, emphasising that the point of the app is to get people together and, whether it succeeds in that cause or not, is designed to shake people off its hook whenever they want. They’ve even gone so far as to create a position for an “anti-retention specialist”, a high-paid role designed specifically to help stop the product from being used indefinitely.

We are all digital hoarders, as evidenced by the frisson of pain one feels clearing a phone of two-year-old memes once its memory card fills up, or that jolt of horror you feel upon realising your professional emails still link to a long-forgotten Soundcloud account, one that invites your colleagues and clients to hear the rap mixtapes you made when you were 17.

Deletion can be a good thing. The right to be forgotten spurred, in large part, the biggest seismic change in how user data was treated and preserved with last year’s sweeping GDPR legislation, the effects of which can still be felt now, with every single website cramming its content into ever-smaller screens, so as to fit the massive, needy pleadings of banner ads asking that you check a box or two so they continue to sell your data – only nicely this time, we promise.

MySpace went one step further by announcing last month that, during a server migration, they’d accidentally deleted every single song and document uploaded to its servers between 2003 and 2015. While the news was met at first with jokey asides about the general quality of people’s adolescent efforts, there followed a more melancholy recognition that things of value were being unmade, as if caught within the errant whims of a vengeful God.

And it wasn’t just small-timers complaining. “For the love of f**k,” wrote Blindboy of the Rubberbandits, “five years of my online career is gone because of bebo and myspace.”

One incontrovertible truth about the internet is that there’s often too much of it, but it’s hard to predict those bits among the burning pile which people might want in future. We might regret losing things that seem ephemeral, or even silly, once it’s too late to bring them back.