Stephen Swift: affection and love flow for an actor and a gentleman 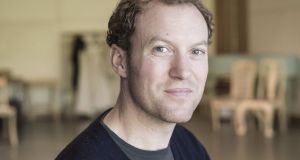 Tributes, affection and respect have flowed after the death this week of Stephen Swift.

The actor, who died aged 44 after a long illness, was a regular on the Gate and Abbey stages, and is remembered among colleagues, friends and family as a fine actor, but also charming, dignified, witty, good fun, and a gentleman.

The Gate Theatre, where he performed in plays from Death of a Salesman to Hay Fever to A View from the Bridge, said “everyone here at the Gate was deeply saddened to hear of the passing of our friend and colleague Stephen Swift. Stephen was a much loved figure here at the Gate and will be dearly missed.”

The Abbey Theatre, where he performed in shows including Major Barbara and The Government Inspector, said it was deeply saddened by the death of a “phenomenal actor, beloved friend and respected colleague”.

Fishamble Theatre Company tweeted “Stephen was a lovely person, great fun to be with, and we have such fond memories of working with him on our productions of Still and The Buddhist of Castleknock”.

Rough Magic, where he also worked, “joins the whole theatre community in celebrating and mourning the wonderful Stephen Swift, an outstanding example of how to live”.

Last night in Toronto, thisispopbaby, who are performing in the Luminato festival, dedicated the opening show of RIOT to Stephen Swift. “Irish theatre has lost a bright light. We’ll be bowing in your honour tonight Stephen - safe travels.”

Actor/writer Mark O’Halloran tweeted “He was a wonderful actor and a true gentleman. We had a lot of fun doing Hay Fever together in the Gate and on tour to America.”

Actor Marion O’Dwyer said he was “a gorgeous person and a lovely actor. Gone far too soon.”

Actor James North wrote about how Swift went above being extremely kind and supportive. “His presence alone brought about an egalitarian, collegiate atmosphere”.

Rory Nolan, who performed with Swift in Death of a Salesman at the Gate, was “devastated to hear the awful news. . .A truly gorgeous man and a wonderful presence both on and off the stage. All thoughts with Deirdre and the kids. Heartbroken. RIP Swifty”.

Musical theatre writer Paul Boyd who worked with him on Little Red Riding Hood at the Lyric Belfast, called him “a genuinely lovely man”.

Another acting colleague Clare Barrett said, “This job means we sometimes do mad and ridiculous things for long periods, I never enjoyed doing said things more than with Stephen Swift. A charming gentle man with a dry wit and buckets of talent. I still can’t get my head around the unfairness of it all.”

His friend writer Sonya Kelly wrote a tribute for RTÉ that captures the man and the actor: “Imagine a less grumpy Mr Darcy, a more feminist James Bond and less goofy, but only slightly, Austen Powers and that was Stephen Swift. He was simply the embodiment of elegance in every single thing he did. He was the quintessential gentleman who seemed to hop and skip through the centuries, bringing all of the best parts with him: dignity, patience, consideration, a wicked wit, a fine voice for a song, and quick feet for dancing.”

She wrote, “His face was a welcome door. He had eyes that could hug you, and if you were struggling, an outstretched hand was never far”. She described him taking a call during lunch and calmly saying he would be delighted to accept a role at the Gate. After hanging up, “in true Stephen style, he gets up and celebrates with a moonwalk, then returns to his sandwich”.

Stephen Swift was born in the Rotunda Hospital in December 1973. The middle of five children of Dan and Daphne Swift, he grew up with his siblings Tom, Ronan, Chris and Clare in Rathfarnham. As a child he was obsessed with Star Wars, Tintin and Asterix, interests he has passed on to his twin boys, Luke and Milo.

He went to the High School, Rathgar and later to Trinity College (1993-98), where he studied Spanish and ancient history and archaeology. At Trinity his taste for theatre developed with DU Players, where as well as performing he co-wrote a musical Jerusalem! billed as an “Epical Biblical Comical Musical” about the two thieves crucified with Jesus.

He was both artistic and sporty - he was a good rugby and cricket player, and a passion for cricket continued through his life. He was a leading light in the Theatrical Cavaliers, and would happily watch hours of test matches on TV.

Stephen Swift first met his wife, lawyer Deirdre O’Kane, at the Adelphi cinema on Dublin’s Middle Abbey St in January 1993, through a mutual friend, composer Jenny Walshe, and they have been together August 1996.

They lived in Glasthule with their twins, who have inherited different aspects of their father: Luke his imagination and love of stories, Milo his love of sport. Swift and O’Kane loved gardening together, and Swift was a foodie, cooking what they grew, and always from scratch; even when he was ill and going through chemotherapy, he enjoyed cooking daily for his family.

He was also dapper: even as a struggling actor he spent what he could afford to buy quality, his brother Tom recalls. “He believed in doing things well, and enjoyed the good things in all aspects of his life.”

He also loved pop culture (“he was a great man to have for a table quiz, and knew about everything from pop music to wrestling to obscure American sitcoms, and any British comedy”, says his sister-in-law theatre and festival director Jo Mangan) and especially enjoyed Fry and Laurie.

When considering acting as a career, Mangan recalls telling him how it was a “really hard game. I wanted to encourage him and to be realistic I was putting the frighteners on him. He took it on board - and completely ignored me.”

Swift went on to build a career in Irish theatre, later studying advanced theatre practice at the Central School of Speech and Drama, London in 2003-2004.

He played Wayne Molloy in Fair City in 2005, as well as roles in The Clinic, Game of Thrones and The Tudors. But stage was where he shone. He worked regularly with Performance Corporation with his brother, writer Tom Swift, and with Mangan. Such work included his performance in the title role of their first production, Candide in 2002, and Performance Corporation productions for the Kilkenny Arts Festival, including The Yokohama Delegation by Tom Swift (also starring Rory Nolan, Lisa Lambe and a younger Poldark star Aidan Turner), and Lizzie Lavelle and the Vanishing of Emlyclough, also by Tom Swift and performed in the sand dunes of Belmullet, Co Mayo.

At the Gate, he played many roles in plays from Da, Wuthering Heights and A Christmas Carol to Death of a Salesman, Arcadia and Pride and Prejudice (as Mr Bingley). He toured a number of times with the Gate, including to Hong Kong and to the Spoleto festival in Charleston, South Carolina.

In Terence Rattigan’s The Deep Blue Sea he played a gormless “Jackie Jackson”, and “gave everybody a lift”, says his brother Tom. “That was symbolic of how he approached his illness. He was minding us all through. He was always positive and upbeat. All he wanted to do was have a chat about the things he and we loved. He was a gentle and kind and warm person, but incredibly determined about what he did in his life. He had a quiet resolve to follow what he wanted to do, acting.”