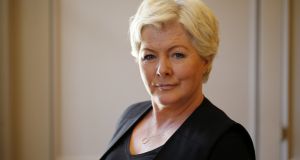 Jazz may be the new art music for our times, embodying the values of democracy, diversity and individual expression, but ask any Irish jazz fan and they will tell you that the music still struggles to be heard above the din of ear candy pop, and still fails to attract official support commensurate with its growing stature as an art form.

Nevertheless, the live scene, particularly outside Dublin, continued to grow in strength and diversity in 2019. After a brief ‘renaissance’, many felt that the Cork Jazz Festival was back to its old tricks, but smaller regional festivals in Bray, Galway, Sligo, Belfast and Limerick, mostly powered by volunteers and arm twisting, scored major artistic successes.

The year began with the first ever Documenting Jazz conference in Dublin, organised by bassist and Irish jazz historian Damien Evans, which gathered musicians and academics to take the first important steps towards creating an Irish jazz archive.

On the live scene, 2019 saw the particular rise of curated concert series, like the musician-curated Dublin Jazz Co-Op gigs at Dublin’s Workman’s Club, and the JazzGate series at Galway’s Black Gate, curated by guitarist Aengus Hackett. In the capital, the Improvised Music Company introduced its new Signal Series, a monthly salon of Irish jazz talent that featured performances from important domestic musicians like F-JOB, Joe O’Callaghan, Tudo Bem and Mike Nielsen, among others. Specialist boutique festivals like Bottlenote in February and Spectrum in March also proved that grouping events together under a recognisable brand can embolden audiences to explore more challenging musical avenues.

In Cork, the popular sessions at Crane Lane, curated by trombonist and big band leader Paul Dunlea, continued to draw the crowds for an ever-changing programme of locals and visitors. There was also a new series of summer concerts at the jazz-friendly Triskel, programmed by former Cork Jazz Festival director Sinead Dunphy.

Hard borders and hardening positions may have clouded the political landscape in 2019, but musically, the border between North and South has never been more frictionless with several strong projects involving North-South collaborations. Belfast trumpeter Linley Hamilton led a new quartet with Dublin pianist Cian Boylan on an Irish tour that included US grandees Mark Egan and Adam Nussbaum. Belfast pianist and organist Scott Flanagan, a growing presence on the Dublin scene, was part of Tommy Halferty’s tour paying homage to John Abercrombie. News also broke last month that Belfast drummer Steve Davis has been invited to join a new quartet led by legendary US free jazz pioneer Anthony Braxton, with a recording slated for the new year.

After a lamentably slow start in Irish jazz, women are finally beginning to feature more prominently as players and band leaders and 2019 saw a number of important projects led by Irish and Irish-based women. West Cork saxophonist Catherine Sikora brought free improv to many lesser visited parts of the island in a duo with Yeah Yeah Yeah’s drummer Brian Chase, while Dublin pianist Izumi Kimura released a widely praised new trio album with two giants of free music, bassist Barry Guy and drummer Gerry Hemingway. Vocalist Sue Rynhart toured Ireland and the UK with renowned Welsh pianist Huw Warren; Belfast-based US saxophonist Meilana Gillard toured in May with her cross-Border RBG Trio; and late in the year, veteran duo Zrazy were back in action, selling out their show at the newly revamped Bewley’s Café on Grafton Street.

Internationally, too, some of the strongest releases of 2019 came from women instrumentalists, including the wonderful Aventurine from US bassist Linda May Han Oh; the luminous Not Far From Here by German pianist Julia Hülsmann (who appeared at the Galway Jazz Festival); and the eclectic Stepping Back, Jumping In from UK trumpeter Laura Jurd’s quartet.

Of the international visitors to these shores in 2019, Kamasi Washington at the Olympia inevitably brought out the hipsters in March, but the hipper-still did better a couple of days later at the Sugar Club with UK catastrophists The Comet is Coming. The Perspectives series at the National Concert Hall (NCH) continued to fly past the genre nets, presenting an admirably diverse programme including guitarist Bill Frisell’s group; Tunisan oudist Anouar Brahem’s star-studded trio; and, as part of the Hall’s Tradition Now series, Songs of Freedom, a new work connecting jazz and Irish traditional music from Armagh concertina player Niall Vallely with a powerful international ensemble that included New York free jazz trio Harriet Tubman. But perhaps the concert of the year was the appearance in the NCH’s Kevin Barry Room of much-admired US pianist Craig Taborn whose solo performance in February drew a knowledgeable and appreciative audience.