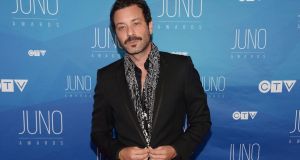 As you join us, it’s several weeks before the release of Leonard Cohen’s Thanks for the Dance, a posthumous album culled from works begun during sessions for 2016’s You Want It Darker, and his son Adam, who produced both records, is installed in his late father’s Montreal home attempting to make sense of the experience for the benefit of the press.

Despite the new album’s origins, it doesn’t feel like a coda. Any of its nine tracks would merit inclusion on Cohen’s finest albums – the exquisitely written Happens to the Heart; the Lorca-influenced The Night of Santiago; the spoken-word song The Goal, which seems to distil the author’s entire body of work into one intoxicating vapour; or Listen To the Hummingbird, a wry sign-off that echoes Pound’s lines in Canto CXX: “I have tried to write Paradise/Do not move/Let the wind speak/that is Paradise”.

Thanks for the Dance is also testament to the younger Cohen’s musical taste, a deftness of touch and respect for coherence that keeps the album from capsizing under the weight of cameos from Beck, Leslie Feist, Damien Rice, Daniel Lanois, Bryce Dessner of The National, Richard Reed Parry of Arcade Fire, plus long-time Cohen collaborators Javier Mas and Jennifer Warnes. Their contributions are almost invisible: Leonard’s deep, gravelly voice remains the focus, and the instrumental palette is mostly spare and stark.

All of which begs the question: did Leonard leave specific instructions as to the album’s musical direction?

“Well, there’s two ways I can answer that,” Adam responds. “The first is more metaphysical. The advantage that a little guy like me has over all of these wonderful, more experienced and seasoned producers like Rick Rubin or Daniel Lanois or Don Was is that I’ve had a lifetime of conversation with my father. I got to hear and witness all of the choices he was continuously making; I had familiarity with this man’s tastes.

“I might as well have had a coat rack next to me with the famous blue raincoat and a fedora, and as I pressed the spacebar on the computer and it ignited his thunderous voice in all these readings that we captured together, I would just turn to the coat-rack and say, ‘Right, of course you don’t want me to do this, Dad, but yes I will do that, Dad’.

“That’s the metaphysical answer. The rest is much simpler: three weeks after the release of You Want It Darker, which I produced, he was lucky to have seen the reaction that it caused in the world, and one of the last instructions he gave me was to complete the things we started together. These are not B-sides and out-takes, these are works that had simply not been completed yet.”

Was there a period where he found it difficult to listen to recordings of his father’s voice in the wake of his death?

“Yes. It took me about seven months. I did it because my body was yearning to be closer to him. There was a stirring, a calling, as if a sort of mandate was being made clear to me. I went back to my little converted garage, and, as if by some kind of remote control, plugged the hard drive in and started listening to his voice, the songs he’d tasked me to complete. It was definitely a way to remain in his company, to sit with him, to be awash with his voice.”

There’s symmetry in that process, given that Leonard himself so often sought refuge from the vicissitudes of his private life through the act of blackening pages.

“Very true. He would often say, ‘No matter what oblique strategies I employed’ – and there were many of them, from women to drugs to various schools of philosophy and religion – ‘the only thing that offered any solace was the work’. He would say that self-mockingly, as if the answer was always there. It was always the page.”

Throughout those final recording sessions, Leonard was weakened by cancer and in considerable pain from compression fractures in his back that rendered him immobile, yet there’s nothing fragile about his vocal performances. Unlike the fragility of Johnny Cash’s American Recordings, he sings these last songs with a sort of laconic bravado.

“I remember while we were getting all of these vocals, I asked him, ‘Dad, what is it that’s causing you to, one after the other, commit such incredibly compelling vocals with relative ease?’” Adam recalls. “It’s an area in which he had often struggled, or at least he felt he’d struggled. He would rattle these readings off almost joyfully from his medical chair, which I had installed in his living room.

“And he said to me, ‘I have never found it as easy to record vocals because I’m immobilised. I can’t move. I’m in such pain, I’ve been stuck in this house for months, and I’ve been doing nothing but singing these songs.’ He was so deeply familiar with the language, with where the beat falls, where the syllables fall within the beat, he was able to, with incredible conviction, believability, character and charisma, deliver these stories completely as himself. I was amazed. Many of these vocals were essentially first takes. They were birthed almost complete. A very rare thing.”

Did Adam discover anything about his father through this process that he didn’t already know?

“The paranormal devotion. You see the man less and less as a father, and more and more as a lifetime of choices. And right to the end, his commitment to the work. I would make morbid observations to myself, which I only dared mention once or twice to him, which was that I understood he was staying alive for these projects, otherwise he would have let himself go. Sometimes I would say, ‘Dad, I know you’re not happy with this song because the moment you finish it you’re going to say it’s time to die. You’re revising this lyric because you don’t like to admit it but you’re actually enjoying working on this record, you’re enjoying staying alive to complete it.’ It really was what he was living for, to complete his vision, to honour this mandate by God to go into the darkness and come back with his findings for the rest of us. He always told me, ‘I take the inner life very seriously’. He spoke with such truth and ferocity. There was no artifice. He was truly studying the matter like a spiritual leader, like a rabbi. These were matters of vital importance to him.

“My father said that when we were making You Want It Darker we were being carried by a mysterious wind, and the grace of the occasion,” Adam continues. “I believe the same thing can be said of my work in completing these last songs. I was under the command of some larger fate. This is an uncompromising work, but it was deeply rewarding. You just said that his last albums are among his very best, and I made two of them, and I made one of them without him. To have started in the basement as a mail boy in the family business and to have ended up in the penthouse making boardroom decisions with the boss, y’know, it satisfies a sense of duty to the old man, but it did (also) validate me.”

Why, does he think, did his father choose to work with him so closely in the final act?

“I’ve often asked myself that question. You know, was it out of desperation because he was feeling so weak and fragile? He had always told me that basically after working with Phil Spector he never wanted to work with a real producer again, he just didn’t want to contend with the ego. I do know that he felt my love and devotion, and how quiet I was willing to make myself around him, in his service.

“But there was something conflicted about him, as there is with many fathers. He would say, ‘Ah, the Cohen boys, the family business...’, but when I said it he didn’t like it. He wanted something better for me, his son, than the shabby music business. At the same time he enjoyed the familiarity. He would have people like Rick Rubin over and he would put his hand on my shoulder and say, ‘Y’know, my son produced this,’ with the pride of any soccer mom. But he was also notoriously unsentimental as a man, so there was a layer of complexity. I remained a subordinate, and I always respected his command and his wishes. When he took his hat off at the end of shows, he had this look of humility and bewilderment and gratitude – this was not an act. And he would say, ‘Thank you for keeping my songs alive’. That’s what we’re doing. This was less about me and my story and my wants and much more about keeping his songs alive and making choices that would keep him among us.”

Thanks for the Dance is out now on Legacy Recordings

Music Quiz: Can you solve this Beatles Mathical Mystery?
8

Galway Film Fleadh online: The highlights of what to watch from wherever you are
10