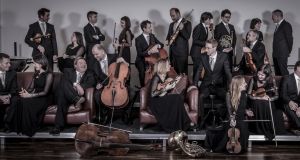 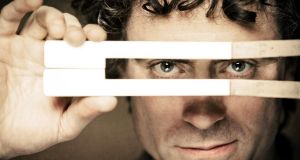 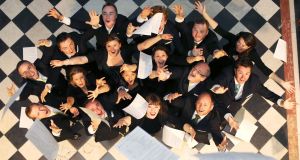 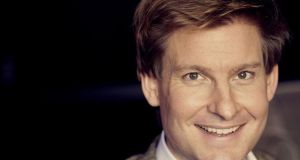 The flavour of this year’s New Ross Piano Festival is Hungarian. That extends to the performers – who include Klára Würtz and Zoltán Fejérvári (piano), Kristóf Baráti (violin) and István Várdai (cello) – as well as the composers, who include Bartók, Liszt, and György Kurtág. Young Irish pianist Seán Morgan-Rooney also appears in a free coffee concert and talk with Hungarian musicologist Endre Tóth. Kristian Bezuidenhout gives the festival’s first recital on an early piano, playing Haydn, Mozart and Beethoven on a copy of an 1805 Viennese instrument by Anton Walter. The other performers are David Greilsammer and Elizaveta Ukrainskaia, both pianists, and viola player Jennifer Stumm. Michael Dervan

Cork composer Sam Perkin’s new 365 Variations on a Gesture gets its first outing from the Irish Chamber Orchestra under Gábor Takács-Nagy in Dublin. The piece is for solo percussionist (Alex Petcu) and Perkin says that the work “springs from a lifelong fascination with waves, one of the most important and fundamental phenomena in the universe”. Over the course of a year he collected “365 pocket-sized variations, one each day, on this most elemental of gestures” and it’s these waves that “form the building blocks for the overall architecture of the work”. The piece is dedicated to “Physicist, percussionist and friend Alex Petcu, and The Irish Chamber Orchestra”. Beyond his musical qualifications, Petcu also has a BSc and MSc in physics. The ICO present the new work in the context of pieces by Elgar (the Serenade for stings) and Brahms (the String Sextet in B flat, Op 18). MD