At the BRIT Awards in London last night performer Stormzy challenged the UK government's handling of the Grenfell tragedy during his set. Video: BRIT Awards Limited 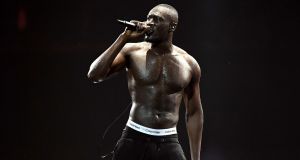 Here is a list of all the winners at the 2018 Brit Awards:

British artist video of the year Harry Styles: Sign Of The Times

Grave thoughts: My obsession with arranging my own funeral
7