Fintan O'Toole: The big question of the last decade is...

The Decade in Culture: t’s up to us to reclaim the private self from Google and Facebook

Individuals' online identity is being harvested and monetised by numerous organisations, but can those people win back their privacy? Video: New York Times 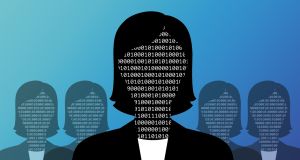 To consider what has happened to culture in the decade that is now closing, a good place to start might be with the famous last lines of one of the great 19th-century novels, George Eliot’s Middlemarch. The book is a panorama of social and cultural transformation in a place that was then the epicentre of the epic changes known as the industrial revolution: the English midlands. Its central character, Dorothea, is, ostensibly, a failure – she makes the wrong choices and does not change the world around her as she had hoped to do. But Eliot’s conclusion offers redemption to her and to us as readers: “Her full nature . . . spent itself in channels which had no great name on the earth. But the effect of her being on those around her was incalculably diffusive: for the growing good of the world is partly dependent on unhistoric acts; and that things are not so ill with you and me as they might have been, is half owing to the number who lived faithfully a hidden life, and rest in unvisited tombs.”

This hymn to the “hidden life” is in some ways a culmination of the great revolution of modernity: the idea of the inner self – even the selves of obscure women – as a vast and deep space. Even more startlingly than in Middlemarch, this idea is dramatised in another of the great 19th-century fictions, Leo Tolstoy’s War and Peace. It is in some ways the quintessential epic, dealing as it does with the world-shaking events of Napoleon’s invasion of Russia. But Tolstoy gives equal billing, beside the rulers and generals, to a young woman of no importance, Natasha Rostova, and in particular to the inner emotional turmoil of her search for love. The astonishing statement implied by the whole shape of the book is that Natasha’s private emotions are just as epic as the Battle of Borodino, that “unhistoric acts” should matter to us every bit as much as historic ones do.

1 New Sinn Féin TD apologises for ‘glib, off-the-cuff tweets’
2 UK to close borders to non-English speakers and unskilled workers
3 A Russian cruiser with ‘cannibal rats’: What other ‘ghost ships’ could be out there?
4 Jump in young Irish adults living with parents among highest in EU
5 Memo to Sinn Féin: Not ‘Southern State’ or ‘Free State’, the name is Ireland
6 Just 8,000 houses built last year offered for sale on open market, says CIF
7 ‘I’d like to start my own business in Ireland, but not by the back door’
8 The best places for a family lunch: try these 10 great spots
9 Person claiming to represent ‘ghost ship’ owner comes forward
10 Passengers leave ship amid ‘chaotic’ coronavirus controls
11 Letter from Caroline Flack describes inner turmoil as inquest opens
12 Gordon D’Arcy: Digging deep only recipe for Twickenham success
13 Authentic and walk-in ready in Kilmainham for €625k
14 Independent TDs forming groups ahead of first Dáil sitting
15 Love Island tribute to Caroline Flack hides the truth
16 Flood warning for west of Ireland as heavy rain expected across country
17 Greece demands stolen marbles from UK in Brexit negotiations
18 How can I view my dead brother’s will if I’m not the executor?
19 Russian oligarch tees up €85m sale of Dublin’s Morrison Hotel
20 Cash-strapped National Concert Hall told to reflect on ‘music tastes’
21 Fine Gael hoisted on its own petard
22 Man (52) dies and five others injured in Co Cork car crash
23 Planners probe Dermot Bannon’s garden bath den
24 Robbie Henshaw and Bundee Aki to lead from the centre
25 Shame-free sex education: It’s So Amazing! And only a little bit mortifying
26 First Look: New wine bar opens alongside Dublin car park
27 Paraic O’Donnell: MS is meticulously destroying me. I am being unmade
28 Toyota C-HR: A proper premium hybrid crossover that’s a halfway house to electric
29 Ireland is fifth-best country for children, but one of worst on climate
30 David Baddiel comes to Ennis to meet a Holocaust denier
31 Expert tips: A dentist on toothcare
32 Michael Harding: ‘I could hear my boots under the bed, crying all night’
33 Q&A: How long could it take to form a new government after Election 2020?
34 Fifa’s Arsene Wenger wants offside law changed to allay VAR criticism
35 Politics more hazardous to economy than Brexit or coronavirus
36 Diego Simeone raises the roof with sideline spectacle
37 Revealed: Where to find Ireland’s best breakfasts and brunches
38 Point Square set to hit market for €100m in September
39 I’m happy I went vegetarian. I have no desire to eat meat again
40 First taste: the Irish whiskey that costs €35,000 a bottle
Real news has value SUBSCRIBE