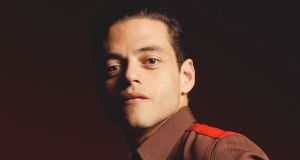 The 25th James Bond film will star Rami Malek alongside Daniel Craig, its producers have confirmed.

The widely anticipated news was announced at Ian Fleming’s GoldenEye villa, in Jamaica, where the author wrote all of his 007 novels, by Barbara Broccoli and Michael G Wilson. Wilson, who said the film does not yet have an official name, also confirmed that Phoebe Waller-Bridge, the Fleabag creator, has been brought in to work on the script.

The new film, directed by Cary Joji Fukunaga, will be Daniel Craig’s fifth outing as 007. It is expected to be his last time playing the spy; he has previously starred in Casino Royale, Quantum Of Solace, Skyfall and Spectre. It is set to be released in Ireland and internationally on April 3rd, 2020.

Fukunaga stepped in as director when Danny Boyle dropped out over “creative differences”.

Donald Clarke: This launch was a subversive masterpiece

You can’t say there were no surprises in the Bond 25 announcement from GoldenEye. Indeed, the watching world was knocked back on its heels by the news that they weren’t revealing the title, any significant plot details or any unexpected additions to the cast. Every James Bond fan and his white cat already knew that Rami Malek was playing the villain and that Léa Seydoux was reprising her role as Dr Madeleine Swann. In that sense this launch counts as a subversive masterpiece. When it finished, social media was buzzing with chatter about all the stuff we hadn’t been told.

We know that the beginning of the film – honouring the location of Dr No and where Ian Fleming wrote the books – will be set in Jamaica and that Bond is having a day off when the trouble starts. “The mission to rescue a kidnapped scientist turns out to be far more treacherous than expected, leading Bond onto the trail of a mysterious villain armed with dangerous new technology,” a subsequent press told us.

But the “exclusive information” really was feeble. The final shots of a shed being built beside a pond – a location for an early sequence – will have done little to satisfy those hungry for even the slightest titbits.

The eternally businesslike Barbara Broccoli and Michael G Wilson, coproducers for aeons, looked mildly embarrassed by their failure to come up with a title. “I can’t reminder the last time when we last had a title when we announced the beginning of the film,” Wilson said. Nor can I. But I’m pretty sure they had one before they began shooting Goldfinger, Thunderball, Live and Let Die, and – only a few films ago – Casino Royale.

Perhaps the slow-drip pace of the contemporaneous publicity machine demands such reticence. The new Star Wars film was, about eight months ahead of release, confirmed as The Rise of Skywalker. Avenger: Endgame had its title announced at about the same remove. That’s how such things are done these days.

There were some amusing moments in the launch. Taking questions from Twitter, its presenter, the BBC Radio 1 DJ Clara Amfo, pondered the most excited cast member and turned to, of all people, Léa Seydoux. The none-more-French actor just about resisted a Gallic shrug. – Donald Clarke

The film has reportedly been operating under the working title Shatterhand, a reference to Fleming’s original novels, in which Bond and his nemesis, Ernst Stavro Blofeld, first appeared. Blofeld used the alias Dr Guntram Shatterhand in the 1964 novel You Only Live Twice, which follows Bond to Japan, where he finds his arch-enemy living under that name.

The new film is billed as the 25th Bond even though it will be the 27th time 007 has appeared in cinemas. That’s because two of the 26 existing films, the 1967 version of Casino Royale and Never Say Never Again, from 1983, are not part of the official Bond franchise, which is owned by the Broccoli and Wilson families.

The Goop Lab: One episode is about the vulva. I’ll probably watch that with my parents
Real news has value SUBSCRIBE