How to make great films in Northern Ireland 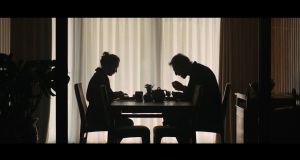 With three strikingly different films to their credit, Lisa Barros D’Sa and Glenn Leyburn are arguably the most important contemporary filmmakers working from Northern Ireland.

The co-directors made a splash in 2009 with the lively teen drama Cherrybomb, which premiered at the Berlinale, attracting a travelling contingent of Rupert Grint fans that would follow the film to its Irish premiere at the Dublin International Film Festival. The same hardcore Harry Potter acolytes have been credited with securing UK distribution for Cherrybomb, after setting up an online petition.

“We remember very well,” says Barros D’Sa. “I was cornered in the toilets – I think it was in Dublin – by a middle aged woman who insisted on getting a photo of me taken in front of the tampon machine that was posted online. They followed that film all over the world. It was really lovely that they were so passionate about it.”

“And for a long time afterwards,” continues Leyburn. “Two years later we did a tiny screening in the QFT in Belfast which had a Q&A afterwards and they flew in again from Germany.”

They hadn’t intended for all of their films to set in the province from whence they came. But thus far, that’s how things have worked out. A riotous second feature, Good Vibrations, concerned the Belfast punk impresario Terri Hooley (played by Richard Dormer) and the blossoming punk rock scene of 1970s Belfast. The much-loved film won both the Galway Film Fleadh Audience Award the The Belfast Film Festival Audience Award in 2013 before settling into a weighty 94 per cent fresh rating on Rotten Tomatoes.

“That was important to us early on.” says Barros D’Sa. “We didn’t want to make the same kinds of films. I think Cherrybomb and Good Vibrations were really nice opportunities to do something that was about Northern Ireland, incidentally, as a location, rather than Northern Ireland being the subject of the story. And then you have this wonderful character in Terri and you just want to see the world through his glass eye.”

“With Good Vibrations you have The Troubles in the background,” says Leyland. “It’s about people who had the audacity of dreaming of living an ordinary life in a completely topsy-turvy setting. There were lots of people who didn’t define themselves by that binary of being loyalist or Republican. There were lots of people who were just trying to live their lives in an environment that was bent out of shape in very dark ways. Northern Irish stories have always tended to be about prisoners or soldiers and we wanted to give a voice to everybody else. But when we talked with certain financiers – not the ones who ended up backing the film – they hadn’t a clue about The Troubles and then they’d ask: can we have more bombs and guns?”

Despite its Belfast setting, Barros D’Sa and Leyburn’s Ordinary Love couldn’t be more of a departure from its predecessor. A delicate, deeply-felt  love story between a long-married couple, the film concerns retired and middle-aged Tom (Liam Neeson) and Joan (Leslie Manville). Years ago, they lost their only daughter, but they have settled back into domestic contentment until Joan is diagnosed with breast cancer.

"This is a story that’s celebrating the poetry of ordinary life and ordinary moments and the texture and normality of a long-term love,” says Barros D’Sa. “It’s a love story and that’s what we were drawn to but it’s a kind of love story that we don’t tend to see. The two characters are in middle age who have been together for a lifetime but it’s not a story about a power struggle between them or about the end of that relationship. They are not two people who  are sitting across the table with nothing to say to each other. They have a very vibrant vital relationship. They make each other laugh. They fancy each other and that all felt like new territory.

They’ve been through dark times in their life before but they’ve also lived through thousands of days of just precious normality that they value and enjoy. So getting that across alongside how they respond with the cancer diagnosis was a challenge.”

“It’s cancer and working out whether to defrost the chops,” adds Leyburn.

It’s a very heartfelt drama made all the more poignant by its autobiographical dimensions for Mickybo and Me and Ordinary Love screenwriter Owen McCafferty.

“The story is very personal to Owen and his wife,” says Barros D’Sa. “It was tough to write and tough to go back to those places. I know he was worried about bringing his wife back to those places. We always had a feeling that such intimate subject matter coming from such a great writer would lead him to produce some of his best work. It was beautiful, right from the first draft.”

It hasn’t been the easiest year of Liam Neeson’s career. Last February, he recounted an incident to The Independent newspaper, saying he had walked the streets with a weapon around 40 years ago, hoping to take out his anger after someone close to him was raped by a black man. He subsequently appeared on ABC’s Good Morning America to insist that he is not a racist. Happily, Ordinary Love marks the Ballymena born actor’s best performance since Schindler’s List. He was their first and only choice, says the directors.

I guess all we read Owen’s script and we immediately heard his voice. He was the first person we thought about

“We already had a bit of a relationship with Liam because we were actually working with him on developing another film that didn’t materialise,” says Leyburn. “So we got to know him a little bit through that. We met him a few times. I guess all we read Owen’s script and we immediately heard his voice. He was the first person we thought about and we had a hunch about the kind of stories he was interested in. We were very fortunate as we are able to cast our first choices and both of the main roles.”

More than a decade ago, when they shot Cherrybomb, Barros D’Sa and Leyburn divided directorial duties; she would work with the actors while he tended to the tech stuff.

“That’s how it appears on set but really we already have discussed everything,” says Leyburn. Lisa has some input into the visual style and I had some input into the acting. We’ve worked out the shared vision beforehand. We’ve always had to shoot quickly so having two people going in different directions is efficient.”

Ordinary Love has garnered the best reviews of Barros D’Sa and Leyburn’s already disguised career. “An achingly intimate portrait of a marriage weathering a storm,” according to Screen Daily; “As quiet and thoughtfully composed as a Dutch master’s painting,” says Variety. And onwards. The filmmaking couple are currently collaborating with Good Vibrations co-writer Colin Carberry on a historical television series.

“It’s a very exciting project set in Venice at the time of the plague,” says Barros D’Sa. “It’s inspired by real historical events. When the plague took over Venice for the second time the nobility decided they were going to leave the city and they released groups of prisoners to clear the corpses from the canals. So it’s a world turned upside down where the lowest levels of society are suddenly handed the kingdom.”