I Lost My Body: The best animated feature film of 2019 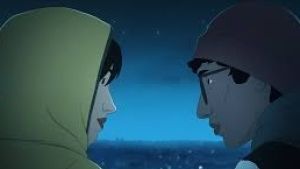 What’s not to like? I Lost My Body has a gorgeous photorealistic hand-drawn animation, Dan Levy’s mesmerising score and a stellar voice cast

Film Title: I Lost My Body

Having scored major prizes at Cannes and the Annecy International Animated Film Festival, writer-director Jérémy Clapin’s strikingly beautiful animated tale of a disembodied hand crawling across Paris in search of its owner was scooped up by Netflix.

Adapted from the book Happy Hand by Guillaume Laurant (who co-wrote Amélie and A Very Long Engagement with Jean-Pierre Jeunet), I Lost My Body concerns Naoufel (Dev Patel), a young Moroccan who moves to Paris. On his rounds as a pizza delivery boy, he meets and falls in love with a librarian named Gabrielle (Alia Shawkat). Being too shy to tell her, he instead borrows a lot of books, becomes an apprentice to her carpenter uncle (George Wendt), and, in a grand romantic gesture, builds her an igloo.

A playful chronology makes space for melancholic flashbacks to Naoufel’s childhood and for the swashbuckling adventures of the phantom appendage as it thrillingly hitches a ride with an unfortunate pigeon, fends off rats with a lighter, and zip glides on a clothes hanger and electrical wiring.

If that sounds macabre and odd, well, it often is, but it’s also achingly melancholic, deeply moving and meaningful; the hand’s lonely travails mirror Naoufel’s own sense of alienation and longing. Gorgeous photorealistic hand-drawn animation, Dan Levy’s mesmerising score, a stellar voice cast, and an unconventional denouement ensure that this is the best animated feature film of 2019.

I Lost My Body’s limited theatrical run is unlikely to keep pace with Frozen 2, but don’t be surprised if it pips its muscular Disney rivals come awards season.