‘No one will know’: Studio wanted Julia Roberts to play black abolitionist 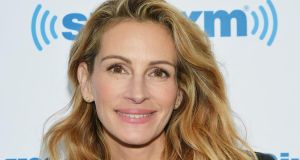 A Hollywood executive suggested Julia Roberts play the black slavery abolitionist Harriet Tubman in a film about her life, a screenwriter has claimed.

Tubman, who is one of the best-known women in US history, played a pivotal role in leading enslaved people to freedom on the Underground Railroad. The British actor Cynthia Erivo plays her in the new biopic, which is released on Friday.

But the film could have been very different, according to its screenwriter Gregory Allen Howard. Writing in the Los Angeles Times, he said an unnamed president of a Hollywood substudio was eager to make the film in 1994 but suggested casting Roberts in the lead role. He reportedly said: “This is a great script. Let’s get Julia Roberts to play Harriet Tubman.” When it was pointed out that Tubman, who died in 1913, was black, the president is said to have replied: “That was so long ago. No one will know that.”

The film was to star Viola Davis, according to reports in 2015, and is winning Oscar buzz for Cynthia Erivo’s lead performance. Allen put its lengthy gestation down to the success of two game-changing films.

“When 12 Years a Slave became a hit and did a couple hundred million dollars worldwide, I told my agent, ‘You can’t say this kind of story won’t make money now.’ Then Black Panther really blew the doors open,” Allen says.

Roberts’s casting would have been perceived as grotesque even in 1994. Hollywood’s most notorious cases of blackface occurred more than 60 years ago, including John Wayne’s Genghis Khan, Mickey Rooney’s Japanese neighbour in Breakfast at Tiffany’s and Laurence Olivier’s Othello.

More recent casting decisions that have raised eyebrows were Christian Bale as Moses and Joel Edgerton as Ramses in the 2014 biblical epic Exodus: Gods and Kings, and Angelina Jolie darkening her skin and wearing a curly wig to play the French-born African-Chinese-Cuban-Dutch Mariane Pearl in A Mighty Heart, in 2007. – PA, Guardian