Apocalypse Now returns to cinemas, minus the Playboy Bunnies 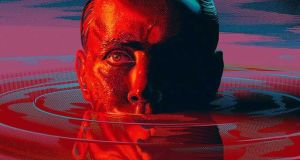 Harvey Keitel was originally cast in the lead role but, deemed unacceptable, was replaced by Martin Sheen (above)

Forty years ago, Francis Ford Coppola finally premiered Apocalypse Now at the Cannes film festival. The movie had been mooted a decade earlier. Production had begun a full five years before the print arrived on La Croisette. Yet it still wasn’t finished.

After screening as a work in progress, the film ended up sharing the Palme d’Or with Volker Schlondorff’s The Tin Drum. As always with that prize, there was some muttering. The film was confused. Its politics were uncertain. There was less bother about its unfinished state. A final cut would arrive soon enough. Right?

Not so much. If you take the words on the screen seriously, it took another four decades. Earlier this year, Coppola introduced Apocalypse Now: The Final Cut at the Tribeca Film Festival.

The usual restoration has taken place. The sound has been juiced up to the Dolby Atmos standards that recently made Roma such an arresting experience in the cinema. More chopping and re-editing has taken place.

Most sensible people felt that the Vietnam epic had attained its finished (or at least final) condition when Apocalypse Now Redux emerged in 2001. Speaking to me at the time, Walter Murch, the film’s legendary sound designer, spoke about extracting footage that had been stored deep within mountains for over 20 years and piecing together scenes that hitherto had mythical status.

It now seems that, rather than a final incarnation, Redux was an effort to get everything usable on screen. The “Final Cut” splits the difference between that 202-minute version and the 153-minute film that opened commercially in August, 1979.

The “new” cut comes in at a tolerable 183 minutes. The French Plantation sequence, in which Captain Willard and his crew meet survivors from an earlier colonisation, restored for Redux, is still there in something like its entirety.

But its looks as if the hugely misguided scene — unacceptable in 2001, more unacceptable now — in which the team trade fuel for sex with the Playboy Bunnies has been cut. It was a good decision to leave that out of the first commercial cut.

Now 80, Coppola is unlikely to take another crack at Apocalypse Now. But it remains hard to accept that this is the final version we will ever see. For 50 years, alternative ideas of what it could be have been floating about the Cinemasphere. There is something of Kafka’s The Trial about it: an unfinished novel whose chapters have no definitive order. It may be unfinished forever.

In 1969, John Millius, the famously robust director and screenwriter, began contemplating a version of Joseph Conrad’s Heart of Darkness set in Vietnam. Coppola, for whom he was working at the time, encouraged his friend to fling all his mad energy into it (not advice Millius would need to hear twice). He ended up with a colossal draft that he felt would suit the still-obscure George Lucas.

This now sounds like an absurd suggestion, but, a that point, Lucas was known as the most experimental of a crew that took in Millius, Coppola and Steven Spielberg among other founders of post-classical Hollywood. His first feature had, after all, been the austere science fiction film THX 1138.

That incarnation of Apocalypse Now remained a possibility for four years. Lucas arranged for scouting trips to the Philippines as he juggled the idea of an absurdist take on the material. It seems that Coppola came on board as producer in 1974 and initially wanted Lucas — whose American Graffiti had just hit big — or Milius himself to direct.

Star Wars drew Lucas away and, after winning the Oscar for The Godfather Part II, Coppola slipped fatefully behind the director’s chair for a project that fast ran wildly out of control.

The disasters that befell Apocalypse Now have become the stuff of legend. A typhoon wiped out the set. Harvey Keitel was cast as Willard, the officer ordered to hunt down the deranged Colonel Kurtz, but, after shooting a few scenes in another lost incarnation, he was deemed unacceptable and replaced by Martin Sheen.

Then an overweight Marlon Brando, cast as Kurtz, arrived and, despite being paid an unheard-of $3.5 million, refused to learn any of the dialogue. Sheen had a heart attack. And so on.

All this and more is detailed in Eleanor Coppola’s essential documentary Hearts of Darkness: A Filmmaker’s Apocalypse. That film did, at least, arrive after Apocalypse Now had established its reputation as a classic of megalomaniac existentialism.

Back in 1979, despite the film’s victory at Cannes, many critics were unconvinced that it had been worth the effort. The filmmakers’ attitude to human conflict remains confusing. Globs of Millius’s military fetishism disfigure much of the journey towards the actualisation of Kurtz’s disturbed psyche.

The glib dipping into TS Eliot’s verse suggests semi-bright adolescents on a half-term caravan holiday. Then there is clash between the supposed horror at man’s brutality and the undeniable glamorisation of the Vietnam War. The whirring of helicopters to the sounds of the Doors. The young Larry Fishburne (as he then was) shaking his stuff to The Rolling Stones. Aerial slaughter to Wagner.

There’s no point pretending this stuff isn’t cool. It is shot and edited to reinforce the notion — becoming apparent a few years after the fall of Saigon — that, for all its appalling horrors, Vietnam was the first rock ’n’ roll war.

As we noted in this place a few years ago, the martial coolness of Apocalypse Now has showed its resilience by squirming out in unlikely places such as Kong: Skull Island and the recent remake of The Jungle Book. So much for a searing indictment of human cruelty.

Yet Apocalypse Now really is about something. For the past 50 years — since before it even existed — it’s been trying to explain how the American 1960s came to an end. It does that by talking about Vietnam. It does that by showing, through its own journey, how the new American cinema, which took until the early 1970s to set in, was eventually beaten down by Spielbergian capitalism.

It was, by 1975, the year of Jaws, already becoming hard to make this sort of huge, eccentric quasi-art film. It should have been impossible by 1979. As if to prolong the experience, Coppola has been making Apocalypse Now ever since.

The Final Cut arrives here this week. If you miss it there may be another one along in a year to two.

‘This is such a terrible mess. But I feel the power of what we do more vividly than ever’
9