Cannes 2019: A busload of auteurs and pizzazz aplenty 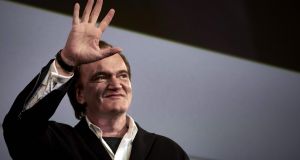 Pedro Almodóvar, Ken Loach, Jim Jarmusch, Quentin Tarantino and Terrence Malick are in competition. Werner Herzog and Abel Ferrara are also offering new films. Elton John will be on La Croisette. An Irish film competes in International Critics Week. Cannes is back, baby. Not that it was ever away. Or was it?

This writer first visited the Cannes festival in the opening year of the decade. By the third day of the 2010 festival, journalists were moaning that it was the worst official competition in 15 years. Widows weeds were being draped about sad shoulders.

A year later, the same people were celebrating a Palme d’Or race that included The Artist, Drive, Melancholia, We Need to Talk about Kevin and – the eventual champ – The Tree of Life. There are always purveyors of doom, but Cannes still manages to boss other festivals out of the water. It ebbs. It flows.

What matters most is the eventual quality of the films (you knew that already). But the event also needs some pizzazz in its advance publicity. Posterity will decide if the official selection bears comparison with the greatest editions. The newspapers and social media will make its decision immediately as to the sexiness of the names in the programme.

You got a sense of the warring priorities last year. The official selection was a bit short on established names, but many pundits regarded it as vulgar to point this out. “Stop giving out about the lack of auteurs,” they said. “It’s the most youthful and exciting programme in years.” Four months later, the Venice Film Festival announced a programme packed with Oscar challengers such as The Favourite, Roma, At Eternity’s Gate and First Man. “Look at all the auteurs! It’s the best Venice line-up ever,” the same people said.

The lesson was that a big player such as Cannes – still just about the biggest of all players – needs to satisfy both those demands. We want to see names we recognise. We want to be assured that younger talents are being nurtured. Despite the absence of Netflix releases from the official selection (less controversial this year as few of the streamer’s prestige titles seemed ready), Cannes looks to have pulled off the balancing act. We have no idea how the films will turn out. But the programme reads well. That’s all one can ask for at this stage.

Thierry Frémaux, festival director, will have already sent one old chum a big box of macarons. The presence of Quentin Tarantino’s Once Upon a Time in Hollywood (arriving straight from the editing suite) in competition is not without its complications. Uma Thurman’s revelations about mistreatment on the set of Kill Bill led to much rending of flesh a few years back. Tarantino’s subsequent mea culpa relieved some tension, but his decision to set a film in the penumbra of the Manson Family slayings – Margot Robbie plays the doomed Sharon Tate – didn’t look in tune with the #MeToo wave. At any rate Robbie will join Brad Pitt and Leonardo DiCaprio for a premiere that arrives exactly 25 years after Tarantino’s Pulp Fiction took the Palme d’Or. The world’s press will be waiting.

The festival kicks off with a perfectly pitched opening film. In recent decades, that gala has stretched from Hollywood trash such as The Da Vinci Code to Emmanuelle Bercot’s low-key Standing Tall. Jim Jarmusch’s The Dead Don’t Die offers pundits a much-admired, Cannes-garlanded director and a cast of impossibly starry actors for the red carpet: Bill Murray, Adam Driver, Tilda Swinton, Iggy Pop, Selena Gomez, Tom Waits. The zombie comedy thus pushes all required buttons. The trailer suggests it might also be a total hoot.

The mainstream press will be more excited still by the premiere out-of-competition of Dexter Fletcher’s Rocketman. This has been the worst-kept secret of the year. As long ago as November, Taron Egerton, who plays Elton John in the biopic, intimated to The Irish Times that he expected to be on La Croisette. Older music fans rubbed their jaws and recalled that Russell Mulcahy’s famous video for I’m Still Standing was shot just a few yards from The Palais des Festivals. Sure enough, Fremaux confirmed the premiere and intimated that John would play beforehand.

There are grounds for optimism. Fletcher’s three films as credited director (he also helped knock together Bohemian Rhapsody after Bryan Singer’s defenestration) – Wild Bill, Sunshine on Leith and Eddie the Eagle – are all hugely enjoyable. We travel hopefully.

Domestic attention will be on the premiere of Lorcan Finnegan’s Vivarium in the International Critics’ Week. There’s a bit of Cannes history here. The last (and only other) Irish feature to play in that distinguished sidebar – for first and second films – was Peter Lennon’s The Rocky Road to Dublin back in 1968. The now-classic documentary was the last film to screen before the festival was shut down in sympathy with the student protests in Paris.

Finnegan’s follow-up to Without Name, which stars Jesse Eisenberg and Imogen Poots, concerns weird happenings in a new housing development. Brendan McCarthy, producer of the science fiction film, felt that the honour was a treat for his more elevated funders on the Continent. “They would be well used to attending Directors’ Fortnight and Critics’ Week, but not probably with a sci-fi horror movie,” he told The Irish Times. Some 1,050 features were submitted to Critics’ Week and only seven are selected. So that’s good going.

M Fremaux will be pleased to read that there is too much elsewhere to summarise with any efficiency. Ken Loach, here with Sorry We Missed You, and the Dardenne brothers, back with The Young Ahmed, vie to become the first directors to win three Palmes d’Or. Terrence Malick, winer for The Tree of Life, will seek to reassure fans, unimpressed by recent films, that he hasn’t “gone off” with a historical drama entitled A Hidden Life. Pedro Almodóvar astonishingly is still vying for top prize at one of the big three festivals – Berlin and Venice complete the set – with his drama Pain and Glory.

Directors’ Fortnight, semi-attached sidebar, excites us with Robert Eggers’s The Lighthouse, starring Robert Pattinson and Willem Dafoe, and teases the establishment down the road by including a Netflix film in Babak Anvari’s Wounds.

Attendees remain hopeful, however, that the highlight will come from an unexpected source. There is a slightly higher chance that usual of the sideswipe coming from a female director. Four out of the 21 films in competition are by women. That doesn’t sound great, but it equals the record.

There’s one debate we hope to have tidied away by the end of the next decade.

10 films to watch at Cannes

The Dead Don’t Die Dir: Jim Jarmusch
We expected something like his vampire drama Only Lovers Left Alive. The trailer suggests a much zanier entertainment.

Once Upon a Time in Hollywood Dir: Quentin Tarantino
Folk love boasting that they no longer care about Tarantino. But his drama of hippy Hollywood will still turn heads.

Frankie Dir: Ira Sachs
Isabelle Huppert and Brendan Gleeson are together at last.

Family Romance, LLC Dir: Werner Herzog
All descriptions of Herzog’s film, shot in Japan, only add to the confusion. Nobody’s even sure if it counts as drama or documentary.

Rocketman Dir: Dexter Fletcher
This is going to be awesome. Fletcher proved his musical chops with the jukebox musical Sunshine on Leith. The Elton flick sounds like a hoot.

Vivarium Dir: Lorcan Finnegan
Up the road at Critics’ Week, the Irish man has the most high-profile release of the competition. Imogen Poots and Jesse Eisenberg star.

The Lighthouse Dir: Robert Eggers
The director of The Witch shoots Robert Pattinson and Willem Dafoe – stuck in an actual Lighthouse – on vintage 35mm cameras. Intriguing.

Bina: A Novel in Warnings, a book you must read but can’t
9