Two very different anthologies: the best of the New Statesman and a rather scrappy history of the London Review of Books 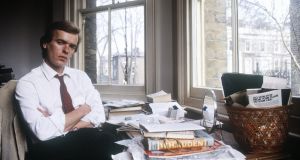 In a stunning essay on the realities (and seeming unrealities) of the menopause, featured in The New Statesman’s “best of” anthology, Statesmanship, Suzanne Moore quotes Angela Davis’s take on the serenity prayer: “I’m no longer accepting the things I cannot change. I’m changing the things I cannot accept.” This seems like an apt quote to accompany the entirety of the collection.

Subtitled “The best of the New Statesman 1913-2019” and edited by Jason Crowley, Statesmanship, claims to be “more than an anthology”. Rather, it “tells the story of the New Statesman, from the eve of the first World War to the long aftermath of 9/11 and the Great Recession through which we are still passing.” Quite the claim, but the essays, letters, short stories and poems that make up this impressive collection manage to do just that, and then some.

Founded in 1913 by members of the Fabian society, with a fifth of the £5,000 start-up funds supplied by George Bernard Shaw, the New Statesman was designed as a weekly review of politics and literature that would, in Cowley’s words, “propagate their [the Fabians’] ideas and promote what they hoped would be a scientific-socialist transformation of society.” While, admittedly, the content may have strayed somewhat from this precise edict over the last 107 years, it hasn’t gone too far awry. As Cowley writes in his introduction, “it [the NS] succeeded in expressing the hopes and aspirations of a generation of progressives who believed that history had a purpose and direction. But it was not only of interest to progressives: the Statesman was essential reading for anyone interested in politics and culture, irrespective of their ideological allegiances."

The same could be said of Statesmanship. The anthology brings together some of the most impressive and significant, as well as thought-provoking and, at times, even moving, writing from the New Statesman’s history, tucked neatly under thematic headings such as “A Radical Century”, “Lives and Letters” and “The Rest of Life”. If such a collection ought to give an idea of what was being pondered and hotly debated over the years of its existence, this aim is here achieved. Many of the pieces read as well today as they must have done upon their original publication – and they certainly prove just as fascinating.

Take HG Wells’s infamously deferential interview with Stalin from 1934, or WW Crotch’s “Early Recollections of Adolf Hitler” from 1933, which contains such mesmerising details as; “Another thing that struck me was the man’s utter incapacity to deal with important details. When he spoke of Italy, or the German race, or occultism, or the Jews, his talk was a succession of vague generalities, couched in attractive if flowery language, but showing in every case either complete ignorance or at least complete contempt for detail.”

Take, too, David Bowie described as “a mild fad hystericised by ‘the media’,’’ by Martin Amis, Picasso as distinctly of his time by John Berger and “Beatlesism” as indicative of all that was wrong with the youth of the day; “Those who flock round the Beatles, who scream themselves into hysteria, are the least fortunate of their generation, the dull, the idle, the failures.”

Later in the collection come resonant personal essays such as “Am I a Jew?” by Bernard Levin and the refreshing “Notes from a maternity ward” by the inimitable Angela Carter, followed by a selection of four of the magazine’s best short stories over the years, including a fantastic piece by Sally Rooney from 2017. Statesmanship closes with poems by such eminent figures as Yeats, Heaney, Philip Larkin, Carol Ann Duffy and Wendy Cope, finally concluding elegantly with Clive James’s “Driftwood Houses” from 2014. Addressed to his wife, written at a time when he was terminally ill and grappling with his own mortality, as well as reflecting on the beauty of his life, it most fittingly concludes; “And here they come. They’re gathering shells again. / And you in your straw hat, I see you now, / As I lie restless yet most blessed of men.”

Somewhat less successful is another recent anthology, this by the London Review of Books, with the subheading; An Incomplete History. “A Scrappy History” may have been more suitable.

The LRB anthology is, unlike Statesmanship, first and foremost a coffee table book, too large to be transported or even read comfortably. This, alongside the description on its accompanying press release as “The most literary gift of the year,” sets out the editors’ stall.

Published to celebrate the magazine’s 40th anniversary, rather than actually offering any complete articles or reviews from the magazine’s history, this anthology instead provides a series of short explanations written by its current editors and contributors, printed to accompany a scrapbook-style collage of handwritten post-it notes, scribbled-on transcripts, private and public letters and emails, and excerpts from finished pieces. It’s a bit of a headache to read.

It appears to be designed to cater to those interested in (or, perhaps more accurately, "obsessed with") the magazine as an object. Reading through it, continually frustrated by the incomplete information, as well as the self-congratulatory tone adopted by some of the editors, I was reminded of how it felt to flick through those specialist books that die-hard fans sometimes purchase to accompany and dissect albums or concerts of wildly adored bands or alongside films. In other words, this is a book that caters specifically to fans of the LRB, and will be an absolute gem for those people, if such exist (according to Andrew O’Hagan’s introductory essay, “To those who care for it the London Review is a national treasure,” so I suppose they must).

The anthology, then, celebrates the magazine itself, its inception and history, speaking of its separation from the New York Review of Books in terms that portray it as a seismic event, referencing the great excitement of the “theory wars” that played out on its pages, and dedicating pages to the mildly funny exclamations of its founding editor. Sadly, it does not offer us any comprehensive or objectively interesting insight into its past content (which, let me make clear, is and always has been, in this reviewer’s opinion, exceptional in its quality and breadth – if only it were included). But then, it is presented with the caveat of being “incomplete,” so perhaps my expectations were too high.

You get the impression, reading through this anthology, that you must have missed the joke, or didn’t get an invite to the party – that you simply had to have been there. This is not a pleasant reading sensation. But perhaps the struggle to make a cohesive and universally interesting anthology is understandable, seeing as the LRB is, first and foremost, a vehicle for reviews, rather than for essays or original, creative work, and it is hard, perhaps, to effectively anthologise old reviews. Still, from the perspective of someone who subscribes to the magazine itself, and always looks forward to its arrival, and considering the writers they have featured over the years, this anthology proves disappointing – as they said, a gift, rather than something you might actually want read.