The Island Child: Vibrant writing on a primitive life 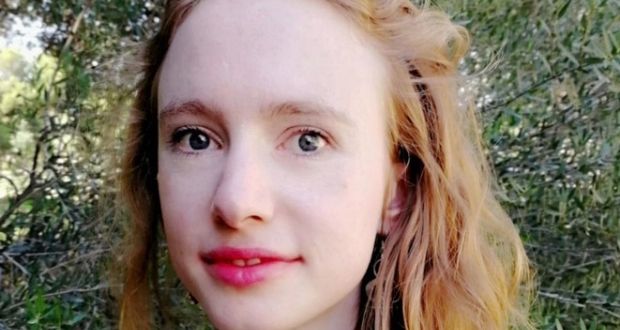 There’s a fair old dose of Philip Larkin’s handing down the misery in The Island Child. The coastal shelf imagery of Larkin’s famous poem is particularly apt for this debut novel set on a fictional island off Ireland. Oona, the protagonist, grows up on Inis in the 1950s, where the traditions of an older Ireland bind her to the domestic. Her mother Mary keeps her inside their small dwelling while her older brothers are allowed to roam free. The confinement is apparently for Oona’s own good – to save her from herself and the temptations of the outside world – but there is the sense from the beginning of a mother wanting to relive her own disappointments through her daughter, if only to have someone to bear witness to her pain.

Life on Inis isn’t kind to women. There are few options: breeding, cooking, cleaning, praying and perhaps the occasional sing-song if requested by a man. Any woman who chooses to live outside these confines is doomed, as with the free-spirited Aisling, a single mother who enchants the men of the island as much as she enrages its women. Above all else, Oona’s mother wants to keep her away from this woman. It is the first of many secrets in a book whose plot is driven by mystery, but whose success is less so in the discoveries than in the telling.

Aitken’s evocative prose immerses us in island life and in the book’s central themes: motherhood, loss, the transformative power of stories. The author was born in Scotland in 1991 and brought up in Ireland. She studied Literature and Classics at NUI Galway and has an MA in Creative Writing from Bath Spa. She was shortlisted for Writing Magazine’s fairy tale retelling prize in 2016 and has a story in the Irish Imbas 2017 Short Story Collection.

Her debut novel shows her interest in myth and folklore. Italicised passages at the end of sections bring an otherworldly feel to the book. Back in the real world, narrator Oona is a wonderful creation, alive on the page – a character with a hard life but who also brings many of the misfortunes on herself. In this, she recalls Liz Nugent’s charismatic protagonist Delia in Skin Deep. There are also echoes of Bernie McGill’s The Watch House. All three novels excel at depicting the hermetic communities and liminal landscapes of island life.

But back to the mothers. Religion plays a large part in Mary’s treatment of her daughter: “In the nights when Bridget was gone Mam whispered to me that my badness made me hard to love … Children are sent by God to test and punish us, as everything is. You were a torment in your coming.” Years later, when Oona has fled the island for Canada, she fails to connect with her own daughter Joyce. The legacy is stark: “If Joyce were like him, she wouldn’t have hated me. But she is like me. Anger and resentment burn just below her surface.”

Signs of a kinder type of motherhood come through in occasional flashes, as with Oona’s thoughts on breastfeeding: “My hand clenched the wooden arm of the chair, to focus the pain and stop me from squeezing the life out of her. Deep breaths. She needs it. I have to. This is what mothers do.”

This second narrative of Oona in later life isn’t as compelling as the past – the mother-in-law is another villain, the relationship with husband Pat warrants more unpicking and a trek back to Ireland to find her missing daughter Joyce reads like a MacGuffin. The myriad subplots – Oona’s relationship with her brother Enda and their neighbour Felim – are interesting but pacing is a problem, particularly in the book’s later stages where huge, life-altering events are dealt with in a matter of pages.

The success of the book is the vibrancy of its writing and narrative voice. Readers will be carried along by Oona whose struggles are full of pathos. A vicious sexual attack is a case in point. Aitken’s restraint shows the character’s pain in a few choice sentences: “Fire tore up from the gap in my legs and burst into my spine, my skull. I kicked and twisted and bit, and tasted blood in my mouth. My skin scorched.”

Character description and dialogue are also notably strong throughout, with welcome flashes of humour in the latter. At the centre of it all is Oona’s struggle, a longing to escape the past that results in a most unusual coming-of-age tale: “Some loving part of me was falling away. I felt a cold hatred of him, that he could think he was allowed to kiss me. The wind cut cold over me, rushing off to somewhere far away. I wished I could go with it.”