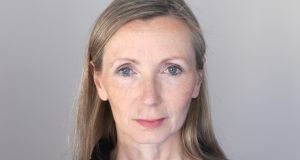 Belfast author Anna Burns has been shortlisted for this year’s Man Booker Prize for Milkman, her brilliant but challenging portrayal of an alienated young woman preyed on by a predatory paramilitary in Troubles-era Belfast.

Burns said: “I was incredibly excited to be shortlisted – I jumped up and down. What a wonderful feeling!”

In a shortlist dominated by women, the biggest surprise is the absence of Sally Rooney, whose acclaimed second novel Normal People is already a bestseller in both Ireland and Britain and has also received critical acclaim. Donal Ryan, longlisted for a second time for his fourth novel From A Low and Quiet Sea, also failed to make the cut.

Burns’s rivals for the £50,000 prize – the winner will be revealed on October 16th – are Esi Edugyan, Daisy Johnson, Rachel Kushner, Richard Powers and Robin Robertson. The shortlist, which features four women and two men, covers a wide range of subjects, from an 11-year-old slave escaping a Barbados sugar plantation, to a D-Day veteran living with post-traumatic stress disorder. Chair of judges Kwame Anthony Appiah said that each of their novels was a miracle of stylistic invention in which the language takes centre stage.

Two novels from independent publishers, Faber & Faber and Serpent’s Tail, are shortlisted, alongside three from Penguin Random House (two from imprint Jonathan Cape and one from William Heinemann), and one from Pan Macmillan imprint Picador.

If Johnson wins, at 27 she will become the youngest ever winner. New Zealand author Eleanor Catton was 28 when she won in 2013 for her second novel The Luminaries.

Edugyan, author of Washington Black, is the only 2018 contender to have been shortlisted previously (Half-Blood Blues, 2011).

Powers, who was longlisted in 2014 (Orfeo), was inspired to write The Overstory by an ancient tree in California’s Santa Cruz mountain range.

Kushner spent time in US prisons to research The Mars Room, a gritty tale told from the perspective of a former lap-dancer serving two life sentences in an American women’s jail.

Robertson, the author of The Long Take – the first novel in verse, with photographs, to be in contention for the prize – is also the editor of Michael Ondaatje’s Warlight, which was longlisted this year.

Louisa Joyner, Burns's editor at Faber, said: “Milkman, like its author, couldn’t be more deserving of the critical acclaim it has received and the huge honour that is a Man Booker shortlisting. Technically brilliant and emotionally painstaking in its precision, it is also of profound political importance. In a world where the question of an Irish border may define our relationships to the rest of the world, it should be required reading – not least for the cabinet and shadow cabinet.”

Milkman is “an impressive, wordy, often funny book and confirms Anna Burns as one of our rising literary stars”, Irish Times reviewer Adrian McKinty said. Also in The Irish Times, Eoin McNamee wrote: “I haven’t stopped talking about Anna Burns’s astonishing Milkman. The voice is dazzling, funny, acute. You find yourself somewhere that is Belfast and is also its own elsewhere. Her characters are at the same time delineated with laser clarity and shadows of their own meaning. Like all great writing it invents its own context, becomes its own universe.

“It’s not that she’s below the radar. It may be that when you’re talking about writing from Belfast, she is the radar, the finder of strange objects at a distance, the uncoverer of what moves unseen in the dark.”

Lisa McInerney, who won the Baileys Prize for The Glorious Heresies, praised it as extraordinary, saying, “I’ve been reading passages aloud for the pleasure of hearing it. It's frightening, hilarious, wily and joyous all at the same time.”

Burns said of Milkman: “The novel covers two months during which a teenage girl tries to evade the sexual advances of Milkman, a middle-aged paramilitary. As isolating as this is for her, she finds herself also up against the unstoppable sexual gossip about her and Milkman in her enclosed, claustrophobic environment where state law is viewed as corrupt and over which paramilitaries hold sway.”

The author said of being longlisted: “Speaking short-term, I heard that within a day sales of Milkman went up. In monetary terms that’s an impact. Publishers will definitely like that sort of thing and might then be accommodating if I should go to them a wee bit later with some sketchy, hare-brained plan of possible further work and say, ‘How about you give me money to write this?”

“Also, I received notes and phone calls of congratulations from friends and people in the trade, going back years too, from individuals I’d lost touch with. That’s lovely. I mention that because when I’m happy, I do everything better - including writing books, and writing books is what my career is supposed to be.

Burns was at 12-1 to win the prize before the shortlist was announced. It has sold 797 copies here and 1,625 in Britain.

The judges said: “At turns frightening and inspirational, Milkman is stylistically utterly distinctive. At t the intersection of class, race, gender and sexual violence, it deals with oppression and power with a Beckettian sense of humour, offering a wholly original take on Ireland in the time of the Troubles through the mind of a young girl. Genuinely experimental, its ability to move from the scene of public life into the intimate landscape of the mind, sometimes in a single sentence, is stunning.”

Burns was born in Belfast in 1962. She is the author of two novels, No Bones, which was shortlisted for the 2002 Orange Prize for Fiction, and Little Constructions, and of the novella, Mostly Hero. In 2001 she won the Winifred Holtby Memorial Prize. She lives in East Sussex.

The judges who chose the shortlist were Appiah; crime writer Val McDermid; cultural critic Leo Robson; feminist writer and critic Jacqueline Rose; and artist and graphic novelist Leanne Shapton. The shortlisted authors each receive £2,500 and a specially bound edition of their book.

The winner will be announced on October 16th in London’s Guildhall at a ceremony that will be broadcast by the BBC.

As well as £50,000, the winner can expect a huge sales boost. Sales of Lincoln in the Bardo by George Saunders, last year’s winner, increased by 1,227 per cent. Bloomsbury has to date sold more than 230,000 copies, 70 per cent of those sales coming after the win.

Burns was born in Belfast in 1962. She is the author of two novels, No Bones and Little Constructions, and of the novella, Mostly Hero. In 2001 she won the Winifred Holtby Memorial Prize, and was shortlisted for the 2002 Orange Prize for Fiction. She lives in East Sussex.

Edugyan was born in Calgary in 1977. Her novel Half Blood Blues won the Scotiabank Giller Prize, was shortlisted for the Man Booker Prize, and was a finalist for the Governor-General’s Literary Award, the Rogers Writers’ Trust Prize and the Orange Prize. She lives in Victoria, British Columbia.

Johnson was born in Paignton, England, in 1990. Her debut short story collection, Fen, was published in 2016. She is the winner of the Harper’s Bazaar Short Story Prize, the AM Heath prize and the Edge Hill Short Story Prize. She lives in Oxford.

Richard Powers was born in Illinois in 1957. He is the author of 12 novels, including Orfeo(which was longlisted for the Man Booker Prize in 2014), The Echo Maker, The Time of Our Singing, Galatea 2.2 and Plowing the Dark. He is the recipient of a MacArthur grant and the National Book Award, and has been a Pulitzer Prize and four-time National Book Critics Circle Award finalist. He lives in the foothills of the Great Smoky Mountains.

Robertson was born in Perthshire, Scotland, in 1955. A Fellow of the Royal Society of Literature, he has published five collections of poetry and has received a number of honours, including the Petrarca-Preis, the EM Forster Award from the American Academy of Arts and Letters and all three Forward Prizes. His selected poems, Sailing the Forest, was published in 2014 and The Long Take was published in February. He lives in London.

Lifting the lid on paid-for politics
4

Simon Cowell in surgery after breaking back falling off bike
5