Everything Under by Daisy Johnson: novel approach to myths and tales

Booker longlisted novel is a transgender retelling of the Oedipus myth 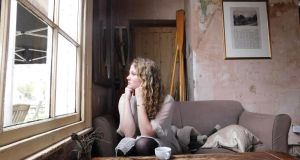 Daisy Johnson: has a knack for precise and unusual word placement

Book Title:
Everything Under

In 2016 British writer Daisy Johnson published Fen, a short story collection that felt very modern while reaching back into an indeterminate, earthy and murky folk tradition. The inhabitants of her liminal East Anglia fenland setting had something otherworldly about them. Houses fell in love with teenagers. Twins turned into foxes. Vampiric women preyed on men from dating sites. The stories weren’t supernatural or magical realist, but rather paranormal in the way of everyday superstition: startling because they felt familiar, the sort of stories we all grew up with but that hadn’t yet been wrought in very modern literary prose.

In her Booker longlisted novel Everything Under, Johnson reimagines a landscape of rivers. People “who grow up around water are different to other people,” we are told. “A person can convince themselves of anything out here.” Gretel, the narrator, retraces the rivers where she grew up searching for her mother Sarah, who abandoned her as a teenager. Charismatic, Sarah had a habit of accruing people. One of these was Marcus. Having once being called Margot, he ran away from his adoptive parents, and began living as a boy. While piecing together his story, hoping it will lead her to her mother, Gretel navigates a monster of her childhood that may not have just been fantasy.

This creature supposedly lives at the bottom of the river and snatches animals and children. The mother and daughter, who share an invented vocabulary, called it the “Bonak”, which is at the same time a word for everything which frightens. Because of her singular, removed grasp of language, Gretel is now an etymologist who updates dictionary entries. This suits Johnson, who has a knack for precise and unusual word placement: a trap set for the Bonak on a bank “seemed watchful, wholly aware”. The earth in a forest “itched with woodlice”. On a character performing CPR: “She pressed her mouth once down on his, tried to force in the unwieldy air the way she’s seen done on television.” Rhythmically, each new clause seems to be bursting from the chrysalis of the previous one. “You chased me with the hose until the ground was so sodden with mud that we fell, were coated as if bulbs just born.”

At first the various strands – Gretel looking for her mother; Gretel reconstructing Marcus’s story from his point of view; Gretel taking care of her revenant mother in the present day – can feel tricky. They don’t guide the reader through the changes in timeframe and narrative voice. But as the various denouements approach, Johnson offers more in the way of signposting.

Over Johnson’s past two books, classical myth and a dark northern European folklore have held equal sway. One story in Fen featured a modern day messiah who turned meat free-range and involuntarily robbed his mother’s memories. Instead of a virgin birth, he was conceived via an almost Classical rape by a half-man half-bird. Many stories featured an Ovidian metamorphosis.

Everything Under is a transgender retelling of the Oedipus myth, but it is also a convergence for myth: a meeting place. There are elements of various fairytales and legends, combined in an entirely novel way. And this imaginative and innovative use of myth leads to the creation of a new myth. As well as the pleasures of allusion and innovation, there is a spellbinding tension. As the threads move towards a common end, you’re a child who wants to know the magic; all the more if, like a young listener to a fairytale, you sense what’s coming.