The Mars Room: ‘One of the greatest novels I have read in years’

Rachel Kushner’s novel is a nourishing insight into the American prison system, the lives of strippers and the west coast underworld 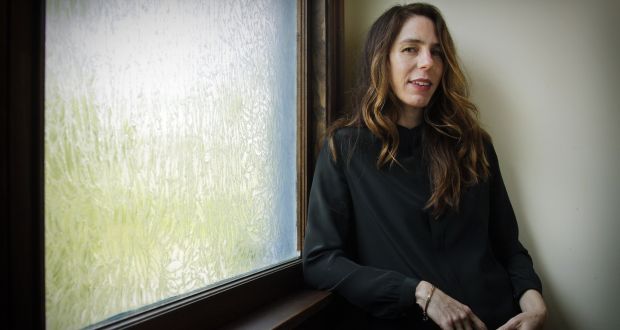 Novelist Rachel Kushner: Her prior novel, ‘The Flamethrowers’, was expansive and thrilling, but this is richer and deeper, more ambitious in its moral vision. Photograph: Ricardo DeAratanha/ Los Angeles Times via Getty Images

Setting a novel inside a prison throws up a significant narrative hurdle: how do you get a story going in an environment where no one is going anywhere? In The Mars Room, Rachel Kushner vaults over any such obstacles to produce one of the greatest novels I have read in years. Her prior novel, The Flamethrowers, was expansive and thrilling, but this is richer and deeper, more ambitious in its moral vision.

Romy is a woman in her late 20s facing two consecutive life sentences plus six years at a Women’s Correctional Facility. Her crime: the murder of a man who began stalking her after seeing her dance at the Mars Room, a scuzzy San Francisco strip club where ‘If you’d showered you had a competitive edge. If your tattoos weren’t misspelled, you were hot property.’

Trying to absorb the shock of her new reality, wrenched away from her young son, Romy recalls her life as a drug-hungry slacker in a city evoked in deft lyrical strokes. We get a sense of the confused, all-too-human path that has led Romy into the cage of her destiny. Other chapters concern peripheral characters such as Gordon, the earnest literature teacher who keeps falling for his incarcerated pupils. There is a plenitude of nourishing insights into the American prison system, the lives of strippers and the west coast underworld.

Kushner has been compared to Don DeLillo, and he is a clear influence – the cool humour, the alert and swerving prose – but Kushner is streets ahead in terms of pacing and the feel for story, and her characters are quickened by a warmth of authorial feeling that is sparse in DeLillo’s work.

It is no accident that one of her characters is a devotee of Dostoevsky, with his “scattered realm of chaotic trials”. If the title were not already taken, The Mars Room might well have been called “Crime and Punishment”, or indeed “Guilt and Innocence”. This is a work of keen moral searching as well as an exhilarating, always surprising read.

Kushner describes a penal system based on blunt moral judgment, then takes us into the souls of characters who have thoughts like, “he knew he could not judge. I cannot judge because I cannot know”, and “maybe guilt and innocence were not even a real axis. Things went wrong in people’s lives.”

The prison staff – a faceless crew of obese yard captains and petty sadists – are alone in being treated with little sympathy. In her Dostoevskian manner of writing about miscreants with curiosity and humour in place of judgment, Kushner exemplifies the quality of mercy she depicts as being absent from the prison system.

The chapters detailing the freefall through sin of a corrupt LA cop named Doc, who shoots dead a young black man for no reason, are especially wonderful. She spares us no detail of Doc’s vileness, yet as the totality of his doom becomes apparent, the portrait takes on an abject luminosity. Denis Johnson – another novelist whose work crops up in The Mars Room – is a spiritual brother here.

Like all great fiction, The Mars Room is by native instinct a carnival of human complexity, emphasising the vast unknowability of human lives against systems and ideologies that would reduce them to manageable binaries: good and evil, right and wrong, guilty and innocent. Troubled by the lives of the women he encounters in his prison classes, Gordon thinks, “People can’t tolerate complexity. Instead, they simplify and distort.” It is a reminder of why we need Dostoevskys, Johnsons and Kushners.

Ultimately, this very great and very American novel is a paean to amor fati, to embracing one’s fate no matter how strange or terrible

Kushner has a flair for portraying awful men. Doc’s blunt macho certainties are captured with comic brio (“Budweiser is the king of beers for one reason: it’s good”). And mark the wince of recognition when we encounter a drunken bore on a plane: “No one would talk to him, or rather, listen, so he got his book out, Chickenhawk, a Vietnam thing he’d been trying to read for three years.”

Though it traffics in the grim realities of life sentences and death row, The Mars Room is curiously uplifting, even celebratory, supporting Martin Amis’s maxim that achieved art is incapable of lowering the spirits. Ultimately, this very great and very American novel is a paean to amor fati, to embracing one’s fate no matter how strange or terrible. A transexual inmate named Conan remarks, “Lot of people talk shit about prison but you got to live your destiny every minute.” And there is a Sisyphean affirmation in the murderer Romy’s rejection of regret: “The lie of regret and of life gone off the rails. What rails. The life is the rails. It is its own rails and it goes where it goes. It cuts its own path. My path took me here.”

Rob Doyle’s most recent book is This Is the Ritual.