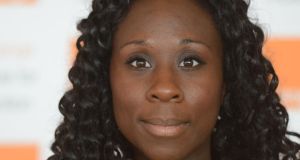 Esi Edugyan: “Washington Black” has so many twists of fate to navigate that much of the emotional and cultural weight of the narrative gets jettisoned. Photograph: Rune Hellestad/Corbis via Getty

In an age when our attention spans are not so much hanging on by a thread as reduced to threads, tens of thousands of them, vanishing back into screens almost in the same moment in which they have jumped from them and caught our skittish eye – where was I? Oh yes; is there still an appetite for the epic novel? Will it still find its readers, that narrative ranging over long years of a character’s life, following them from one trial to another, from one near-miss to the next, their story a microcosm of a people’s history or of a nation’s, and telling that history, thereby, through its lens? And, given that authors are as subject to attention-span sprain as their readers, is a truly epic novel even likely to be written anymore?

Esi Edugyan’s third novel lays claim to the genre from the outset. Washington Black – what a title, so evocative, in fact provocative, calling up ideas of the clash of idealism and actuality, of broadsides on freedom being confronted with the truth of the freedoms they worked to suppress and erase. The novel is named for its first-person protagonist, a slave bestowed, “with great ridicule” the name of George Washington Black by his master, the owner of a Barbados cane plantation; Wash, as he is called by those close to him, is 12 in 1830, as the novel begins. In these first pages, Edugyan creates for Wash a convincing captivity narrative, vividly conveying the fear and numbed resignation of the child and the mindless brutality of the owner, who murders and mutilates his slaves for no reason. Wash is protected somewhat by an older woman, Big Kit, who is brutal in her own way but clearly wants to look after the boy, even if it means killing him to take him away from the hopelessness of his life. When the master realises that his slaves are choosing suicide to flee him, however, he finds a way to render them terrified of even that fate. The despair this brings on for Big Kit and the other adult slaves, as they survey the nightmare stretching out in front of them and of the generations to come, is one of the most powerful moments of the novel, and that it comes so early is telling.

For Washington Black, which after this opening section ranges over settings from Virginia to the Arctic Circle to Nova Scotia, from London to Amsterdam to Morocco, following Wash and his fortunes all the while, certainly sketches the shape of the epic, but with so much ground to cover, and so many twists of fate to navigate – and within a period of less than a decade – much of the emotional and indeed cultural weight and substance of the narrative ends up jettisoned.

Which is not to say that parts of Washington Black are not gripping; more than one of its parts reads as though it could have comprised the spine of a tighter, slower novel, one just as stocked with detail and atmosphere, but without the almost antic restlessness which pulls this narrative to too many places, both in terms of geography and plot, too frequently and flimsily. Throughout the course of the novel, many encounters end up changing everything for Wash, but there is juice enough in the encounter which kick-starts all the changes – with his master’s inventor brother, Titch, who is planning to pilot a hydrogen balloon from a peak on the island and who, requiring an assistant, borrows Wash for some months. As luck would have it (and luck thus having it is one of the book’s several stretches), Titch is a fervent, if distractible, abolitionist, and his gentleness allows Wash to relax sufficiently, despite still living in the environs of the plantation, still in the shadow of his master’s savagery and his fellows’ misery, to discover his prodigious gift as an artist, illustrating specimens for Titch’s Royal Society papers.

This, in itself, is the stuff of a marvellous story; surprising, layered, edged with tension and limned with beauty. It can only be thought a pity, then, that Edugyan topples it off its own peak into a whirlwind of secondary and succeeding storylines which strain not just credibility but the author’s own prose; as a series of events pull Titch and Wash, and then Wash alone, from continent to continent, from exploit to exploit (including what reads as a vaguely steampunk project to create the world’s first aquarium), the writing thins and rushes. Too often, as his intonation becomes rapidly that of an English gentleman, as his status as an illustrator morphs into that of a pioneering zoologist, it seems forgotten that Wash is, in a world of white overseers – whether slavers or naturalists – a black teenager marked and marshalled in every way by the cruelty of those who have had too much power over his life and the life of his ancestors. If, in the 21st century, such a boy’s descendant can still not move confidently through the world, then in a novel set in the 19th century this aspect seems not just a lost storytelling opportunity, but something bafflingly unfocused and slight.